Air traffic : a memoir of ambition and manhood in America / Pardlo, Gregory. 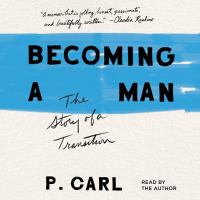 "A remarkable, deeply moving memoir of one man's gender transition amid a pivotal political moment in America"--Provided by publisher.

A reassessment of Richard, Duke of York, who rebelled against his king, bringing bloody civil war to England. Father to two kings and an ancestor of the Tudor dynasty, Richard was a complex man who has been remembered as one whose ambition knew no bounds. This biography by Matthew Lewis challenges this long-accepted view, revealing a complex family man with unparalleled power and responsibilities. 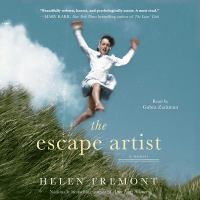 "Helen Fremont's bestselling memoir, After Long Silence, published in 1991 and still very much in print, vividly recounts her discovery in adulthood that her parents were not Catholics, as she thought (having herself been raised in that faith), but Jewish Holocaust survivors living invented lives. Not even their names were their own. In her frank, moving, and often surprisingly funny new memoir, Fremont delves even deeper into the family dynamic that produced such a startling devotion to secret-keeping. She begins her story with the discovery that she has been disinherited in her mother's will, her existence as a member of the family erased, and she writes with unflinching candor about growing up in a household whose members were devoted to hiding the truth. The younger and infinitely more pliant of two sisters, she was affected from early childhood by her family's obsessive focus on the unsteady mental health of her older sister, Lara, and by their alternating bouts of pushing away and demanding loyalty from her, all in service to supporting deep-seated family myths"--Provided by publisher.

The House of Grey : friends & foes of kings / Thomas, Melita.

The Grey family was one of medieval England's most important dynasties. They were on intimate terms with the monarchs and interwoven with royalty by marriage. They served the kings of England as sheriffs, barons, and military leaders. Weaving the lives of these men and women from a single family, often different allegiances, into a single narrative, provides a vivid picture of the English medieval and Tudor court, reflecting how the personal was always political as individual relationships and rivalries for land, power, and money drove national events.

This is not a fashion story : taking chances, breaking rules, and being a boss in the big city / Bernstein, Danielle

To Auschwitz and back : the Joe Engel story / Engel, Joe
To Auschwitz & back :
Tells the story of Polish Holocaust survivor Joe Engel, including his experiences of the Warsaw ghetto, the Birkenau and Auschwitz concentration camps, and his escape to become a freedom fighter.