Assassin's creed : odyssey / Ubisoft (Firm)
Odyssey
"Write your own epic odyssey and become a legendary Spartan hero. Forge your destiny in a world on the brink of tearing itself apart. Influence how history unfolds in an ever-changing world shaped by your choices"--www.metacritic.com. 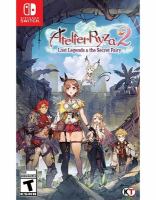 Atelier Ryza 2 : lost legends and the secret fairy / Gust (Firm)
Atelier Ryza two
"Ryza returns in the lead role, making her the first character in the history of the long-running Atelier franchise to take on the hero role in two successive entries. This all-new adventure, set three years after her heroic efforts in Atelier Ryza: Ever Darkness & the Secret Hideout. This dynamic sequel revolves around Ryza's journey to the Royal Capital of Ashra-am Baird as she explores ancient ruins while seeking the truth behind the mystery of the lost legends"--www.metacritic.com. 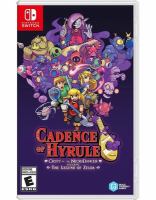 Cadence of Hyrule : crypt of the necrodancer, featuring the legend of Zelda / Brace Yourself Games (Firm)
Crypt of the necrodancer, featuring the legend of Zelda
"In the latest rhythmic action-adventure from Brace Yourself Games, you can enjoy the gameplay of Crypt of the Necrodancer in the setting of The Legend of Zelda series. As Link or even as Princess Zelda you'll explore the randomly generated overworld and dungeons on a quest to save Hyrule. Every beat of each remixed, The Legend of Zelda tune is a chance to move, attack, defend, and more, so stay one step ahead of each enemy and boss or face the music. From modern-looking Lynels to the Hyrulean Soldiers of old, you must master the instinctive movements of each pixel-art enemy, and strategically outstep them in rhythmic combat. So equip yourself with an arsenal of iconic Legend of Zelda items, as well as the spells and weapons from Crypt of the Necrodancer. You must be prepared to face Hyrule's most wicked bosses, which have been transformed by magic, granting them mighty, new forms!"--from www.metacritic.com. 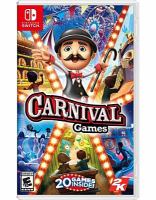 "Carnival Games brings the party back for the entire family. Hit home runs, pile the highest stack of cakes, and take your horse to the finish line. With 20 exciting mini-games inspired by the fun of a county fair, you and your friends will be stepping right up to win again and again!"--from www.metacritic.com.

"As Tim Goodman, you will partner with a self-proclaimed "great detective" Pikachu to solve strange occurrences all over Ryme City. Together you must investigate, take notes, and meet up with other Pokémon to unravel the city's greatest mysteries. Tim is searching for his missing father in Ryme City, but instead encounters a witty, tough-talking Pikachu! Along the way, experience over 150 fun-filled animated cutscenes starring this unique Pikachu, providing helpful hints or talking up a storm. You can also tap the extra-large Detective Pikachu amiibo

Final fantasy VII remake / Square Enix (Firm)
Title on container:
"FINAL FANTASY VII REMAKE expands upon and reimagines the spectacular world of the original PlayStation game. It covers up through the escape from Midgar and is the first game in the FINAL FANTASY VII REMAKE project. Intergrade is a bundle that includes both Remake and the new episode featuring Yuffie. In her episode, play as the spirited ninja after she arrives in Midgar. There, she and another Wutaian operative are to rendezvous with Avalanche HQ, infiltrate the Shinra Building, and steal the conglomerate's most powerful materia. FINAL FANTASY VII REMAKE INTERGRADE takes advantage of the latest generation hardware and includes a wealth of graphical, gameplay and system enhancements for the PS5: Immerse yourself in the city of Midgar like never before, with improved textures, lighting, and background environments. Players can switch between two game modes: "Graphics Mode" prioritizes 4K high-resolution graphics "Performance Mode" prioritizes smooth action at 60 frames per second Capture and share your memorable moments from the game with a fully customizable “Photo Mode” Enjoy immersive battles by using the DualSense wireless controller, with its haptic feedback integration, and enjoy dynamic bike racing with its adaptive triggers. New difficulty settings for 'Classic Mode' provide new ways to play Jump into the action faster with optimized loading times"--from www.metacritic.com. 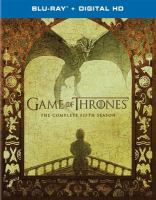 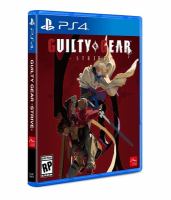 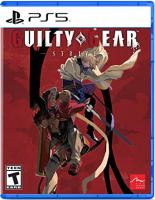