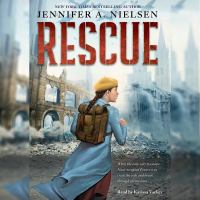 657 days ago Meg's British father left their home in France to fight the Nazis, leaving some codes in a jar for her to decipher, and Meg and her French mother moved to the Perche, a region in France near Normandy known for its forests; now Meg watches the German soldiers in town, and sometimes carries messages for the French resistance--but suddenly things have gotten much more dangerous: there is a wounded British officer hiding in her grandmother's barn, a family of German refugees who are trying to get to Spain, and the Nazis have arrived on the doorstop searching for the fugitives.