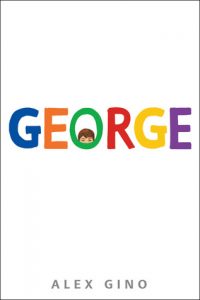 END_OF_DOCUMENT_TOKEN_TO_BE_REPLACED

I was all set and ready with another post, but thank goodness basically everything I’m subscribed to threw the reminder into my face at every turn that this week is Banned Books Week!

No, this week is not about putting forth your suggestions about which books should be banned – on the contrary, it’s about the freedom to read what we want and to be able to access those materials, and a call to rise up against censorship in the form of, if it wasn’t obvious up to this point, book banning (even if you don’t agree with the books themselves). Now, all the resources you’ll find on the Banned Books Week website relate to the banning of books in America, but I think it’s still relevant here in Canada and should be kept in mind that these freedoms are not something to take for granted. (In Canada, we have the Freedom to Read week.) There’s an article in the National Post that was brought to my notice just today that is quite interesting as well and relates well to Banned Books Week; I won’t get into the argument here. One of the points made in the article that I think bears keeping in mind is that the existence of an item in our collection (or its absence from it) doesn’t mean it has a librarian’s stamp of approval on it (i.e. it doesn’t mean the library agrees with what all the items in the collection say, which should actually be pretty self-evident once you think about it because many of them contradict one another, so we actually can’t agree with all of them even if we wanted to!). And if something is absent from our collection and you want it to be added to it, we encourage you to have your say and suggest an item for purchase!

Here is a link to the top 10 lists for banned or challenged books in America over the years, from 2001 to 2016. There isn’t enough information to get the top 10 titles specifically for years prior to that, but there are some stats you can take a look through anyway. Some of them aren’t particularly surprising, I suppose, once you’ve read a list or two, but I was surprised to see that Captain Underpants (!) was the top banned or challenged book/series of 2013!

If you’re interested in reading more about censorship in literature, that link will lead you straight to what we have in our collection on the topic, and if you’d like to learn about censorship in Canada – because it’s not just someone else’s problem, and you’ll find a list of challenged magazines and books for Canada here – those are some resources you can look into.

Have you ever had any experience with book banning or censorship in any other form?