One game at a time : my journey from small-town Alberta to hockey's biggest stage / Singh, Harnarayan.

Harnarayan Singh shares his life story of how he broke through the barriers to become the first Sikh to broadcast an NHL game in English.

"Seven Allied spies of World War II who fooled the Nazis are profiled in this books including a Sufi princess, a major league baseball player, a magician, and others"--Provided by publisher. 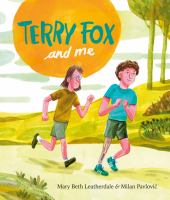 Before Terry Fox become a national hero, he was just a regular kid. But even then, his characteristic strength and determination were apparent and were the foundation for his friendship with Doug. The two first met at basketball tryouts in grammar school. Terry was the smallest - and worst - basketball player on the court. But that never stopped him. With Doug's help, Terry practiced until he earned a spot on the team. As they grew up, the best friends challenged each other and helped each other become better athletes and better people. Doug was by Terry's side every step of the way: when Terry received his diagnosis of cancer in his leg, when he was learning to walk - then run - with a prosthetic leg and while he was training for the race of his life, his Marathon of Hope. Written from Doug's perspective, this story shows that Terry Fox's legacy goes beyond the physical and individual accomplishments of a disabled athlete and honors the true value of friendship. 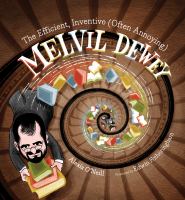 "The personality behind the inventor of the Dewey Decimal System"--Provided by publisher.

"The Last Libertines, as Benedetta Craveri writes in her preface to the book, "tells the story of a group of young aristocrats living in the last days of the French monarchy, when it was still possible for the members of the elite to reconcile a way of life based on status and privilege with a belief, born of the Enlightenment, in the necessity for social transformation and the new ideals of justice, tolerance, and civility." Here we meet seven emblematic characters, whom Craveri has singled out not only for the "novelistic quality of their lives and loves" but also, perhaps above all, for the fully conscious way in which they confronted the crisis of the ancien régime while looking ahead to a new world being born. Displaying the aristocratic virtues of "pride, courage, fashionable elegance, culture, spiritedness, and conviviality," the duc de Lauzun, the comte de Segur, the vicomte de Segur, the duc de Brissac, the comte de Narbonnes, the comte de Vaudreuil, and the chevalier de Boufflers were not only masters of the art of seduction but true sons of the Enlightenment, all ambitious to play their part in bringing around the great changes that were in the air. When the French Revolution came, however, they were condemned to poverty, exile, and in some cases execution. Telling the parallel lives of these seven dazzling but little-remembered historical figures, Craveri brings to light a vanished civilization and dramatizes a time of turmoil that may be said to anticipate our own"--Provided by publisher.

The man who ate too much : the life of James Beard / Birdsall, John

"The definitive biography of America's best-known and least understood food personality, and the modern culinary landscape he shaped. After World War II, a newly affluent United States reached for its own gourmet culture, one at ease with the French international style of Escoffier, but also distinctly American. Enter James Beard, authority on cooking and eating, his larger-than-life presence and collection of whimsical bow ties synonymous with the nation's food for decades, even after his death in 1985.In the first biography of Beard in twenty-five years, acclaimed writer John Birdsall argues that Beard's struggles as a closeted gay man directly influenced his creation of an American cuisine. Starting in the 1920s, Beard escaped loneliness and banishment by traveling abroad to places where people ate for pleasure, not utility, and found acceptance at home by crafting an American ethos of food likewise built on passion and delight. Informed by never-before-tapped correspondence and lush with details of a golden age of home cooking, The Man Who Ate Too Much is a commanding portrait of a towering figure who still represents the best in food"--Provided by publisher.

The rapids : ways of looking at mania / Twyford-Moore, Sam.

Touching the jaguar : transforming fear into action to change your life and the world / Perkins, John

"New York Times bestselling author John Perkins tells the dramatic story of how his experiences with shamans in Ecuador and Guatemala transformed him from an economic hit man to a dedicated decolonizer-and how anyone can overcome fear and take action"--Provided by publisher.