On October 23, our Late Nights at the Library team is putting together a special Halloween-themed program. Get ready for Friday Night Frights! We’ll be talking ghosts and hauntings and all that good stuff, with special guest Jaymes White. Along with some oracle reading, we’ll be delving into some local urban legends and haunts—come with your best spooky stories!  Ages 18+.

If you’re like me, you love a good urban legend. Unlike older myths and folklore, the origins of urban legends can often be traced back to a source, if you really cared to find it. A lot of mid-20th century legends—campfire classics like “The Hook”, “High Beams”, and “The call is coming from inside the house…”—stemmed from newspaper advice columns, where fears about teenage impurity abounded (you know all those stories about “Lovers Lane”? That’s what happens when you get caught neckin’!). And this goes double for all the newer stories that originated on the Internet; oftentimes, we literally know who created the legend. These modern stories usually don’t concern themselves with morals, like those of the past—we’re just looking for a good spooky scare! In The Vanishing Hitchhiker, well before the dawn of the Internet, urban legend historian Jan Harold Brunvald notes that “It might seem unlikely that legends—urban legends at that—would continue to be created in an age of widespread literacy, rapid mass communications, and restless travel”, and yet here we are. It seems nothing will quell our collective desire to explore the unknown. To borrow a catchphrase from The X-Files, we want to believe.

So in honour of the spooky season, and these time-tested tales, let’s look at some urban legends—some very new and some quite old—and see how exactly they came to be the—wait for it—legends that they are today.

END_OF_DOCUMENT_TOKEN_TO_BE_REPLACED 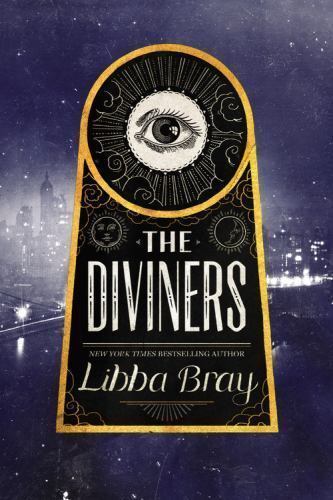 Yes, it’s the ’20s again! Except unlike the last round of years ending in 20-something, there’s not much “roaring” about our decade so far (I like to joke that it’s more like we’re starting this decade in 1929—dancing on the edge of economic collapse). I’m not usually a fan of head-in-the-sand coping tactics, but I’d be lying if I said I’m not enjoying everyone’s determination to recreate—albeit quite sadly—the golden lustre of 100 years ago. How many 1920s-themed New Years parties did you hear about, or possibly attend? Like that one meme says, “My inner Jay Gatsby is about to pop off. Might fuck around and throw parties for an unrequited love. Might die in a pool. Who knows. It’s the 20s, bby.” The cult of Gatsby is alive and well, and we are determined to have a good time (let’s just ignore the actual themes of the book for the time being). A century later and we’re still seduced by the glamour of flappers and jazz and illicit rumrunners.

If you’re a fan of that Great Gatsby vibe, let me call your attention to a criminally underrated book series, whose final installment The King of Crows hit shelves this past February. It’s called The Diviners by Libba Bray. Every time one of these books drops, it periodically consumes my life. Each one is roughly 500 pages long, and packed to the brim with everything a reader could ask for: 1920s New York, magic powers, ghosts, ridiculous Jazz Age lingo, wild parties, social commentary, even more ghosts, and all the POC and LGBTQ+ representation your heart desires. (Every time I tell someone what these books are about, I feel like Stefon from SNL. “This club has everything…”) Our main girl is Evie O’Neill, the “Sweetheart Seer”; a Midwestern transplant turned New York “Jazz Baby”, who makes a name for herself as a radio psychic. Her new friend Theta Knight is a chorus girl, dancing for the Ziegfeld Follies, while her will-they-won’t-they love interest Sam Lloyd is a charming pickpocket from a Russian Jewish family. Memphis Campbell is a Harlem poet caught up in bookkeeping for the menacing crime bosses of the neighbourhood nightclubs. Ling Chan is the dutiful daughter of Chinese and Irish immigrants, crippled by an illness but no less strong for it. And Henry Dubois IV is a New Orleans runaway, a talented musician at the Follies who escaped his old money home after his father found love letters from another boy in his pocket. This colourful cast of characters fills out the alluring hodge-podge personality of New York, but the best part of all? They all have their own unique powers, coming together under the umbrella term “Diviners” to fight evil, like early 20th century Avengers. The evil in question is the titular King of Crows, a menacing figure from the underworld looking to use Diviners to open a portal between his world and ours. Or something. It’s complicated.

END_OF_DOCUMENT_TOKEN_TO_BE_REPLACED

Was the book better? Read before you watch, and see for yourself!

How many times have you said “the book was better”? I know I’m guilty of this. But recently there have been some excellent book adaptations that are not only as good as their source material, they may even improve on it (blasphemy? Perhaps). In 2017 especially, we’ve seen a number of adaptations take off in popular culture and dominate social media. I’ll discuss some of the biggest newsmakers below, but I also recommend checking out our Page to Screen reading list, so you can get a jump on the year’s biggest adaptations.