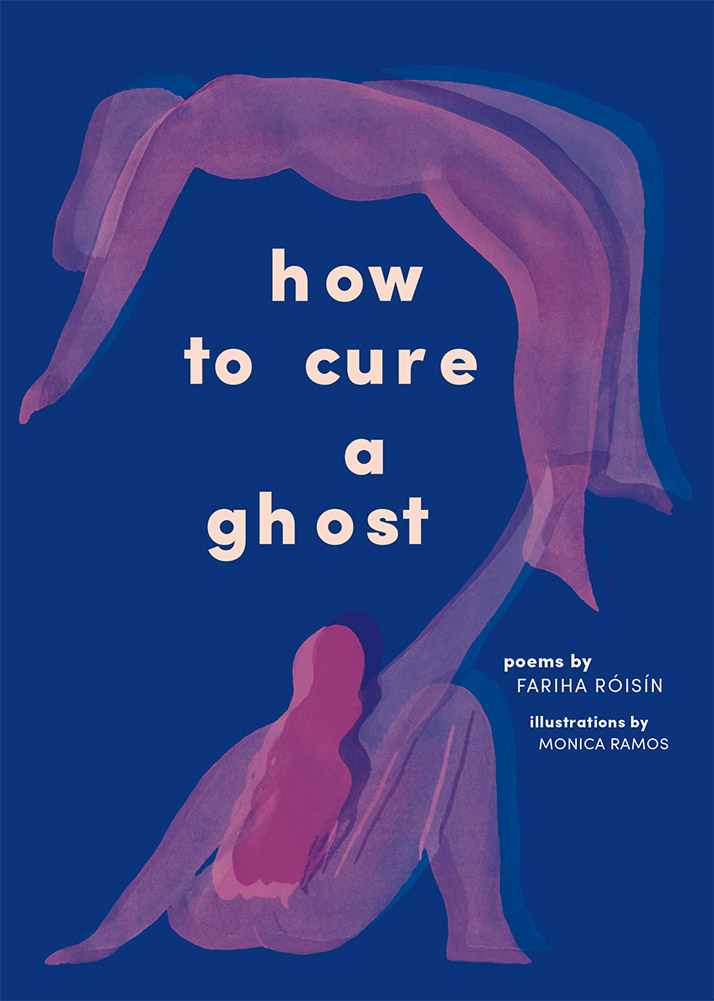 As art forms go, poetry is probably one of the most misunderstood. When you think of poetry, what comes to mind? Boring, incomprehensible gibberish? Maybe. Particularly with older versions, it’s almost impossible to appreciate without someone guiding you through it. But poetry is one of the oldest methods of artistic expression—think of Gilgamesh, an ancient Mesopotamian poem and the oldest known surviving piece of literature— and it’s still around, so it must be doing something right. April is National Poetry Month, so to honour this literary practice I want to share some current poets who might make you change your mind about poetry, and show how you can get into it yourself!

The great thing about poetry is that it’s adaptive. Some forms rely on specific structures (sonnets, haikus) while others are free verse. It doesn’t matter! A poem can be what you believe it to be, as long as it expresses some truth. One of the most popular poets working today is Brampton’s own Rupi Kaur, whose debut collection Milk and Honey sold over 2.5 million copies (as of 2017, so more by now!). Kaur’s voice and distinct style is so recognizable that it has gotten the inevitable meme treatment. She’s part of a new wave of poets dubbed, perhaps a bit disparagingly, “Instapoets”, owing to the social media channel that launched their success. An Instapoem uses the small, square image format of Instagram, resulting in quick, bite-size poems that are easy to consume. They are minimalist in design, a few lines carefully organized in an aesthetically appealing way. There is a lot of handwringing over this format, but I wouldn’t be too quick to dismiss it—after all, isn’t brevity the soul of wit? If these writers are able to form a connection with readers in the span of a few seconds, why should we discredit that? Rupi Kaur has four million Instagram followers—that’s four million people her work has presumably spoken to.

In fact, Instapoetry has been described as “gateway poetry”. The fact that Kaur’s work does not translate solely into likes but also into seven-figure book sales speaks volumes; people are literally buying what she’s selling! And they’re stepping into a world that may have seemed intimidating before. As The Atlantic puts it, “Social media seem to have cracked the walls around a field that has long been seen as highbrow, exclusive, esoteric, and ruled by tradition, opening it up for young poets with broad appeal, many of whom are women and people of color.” 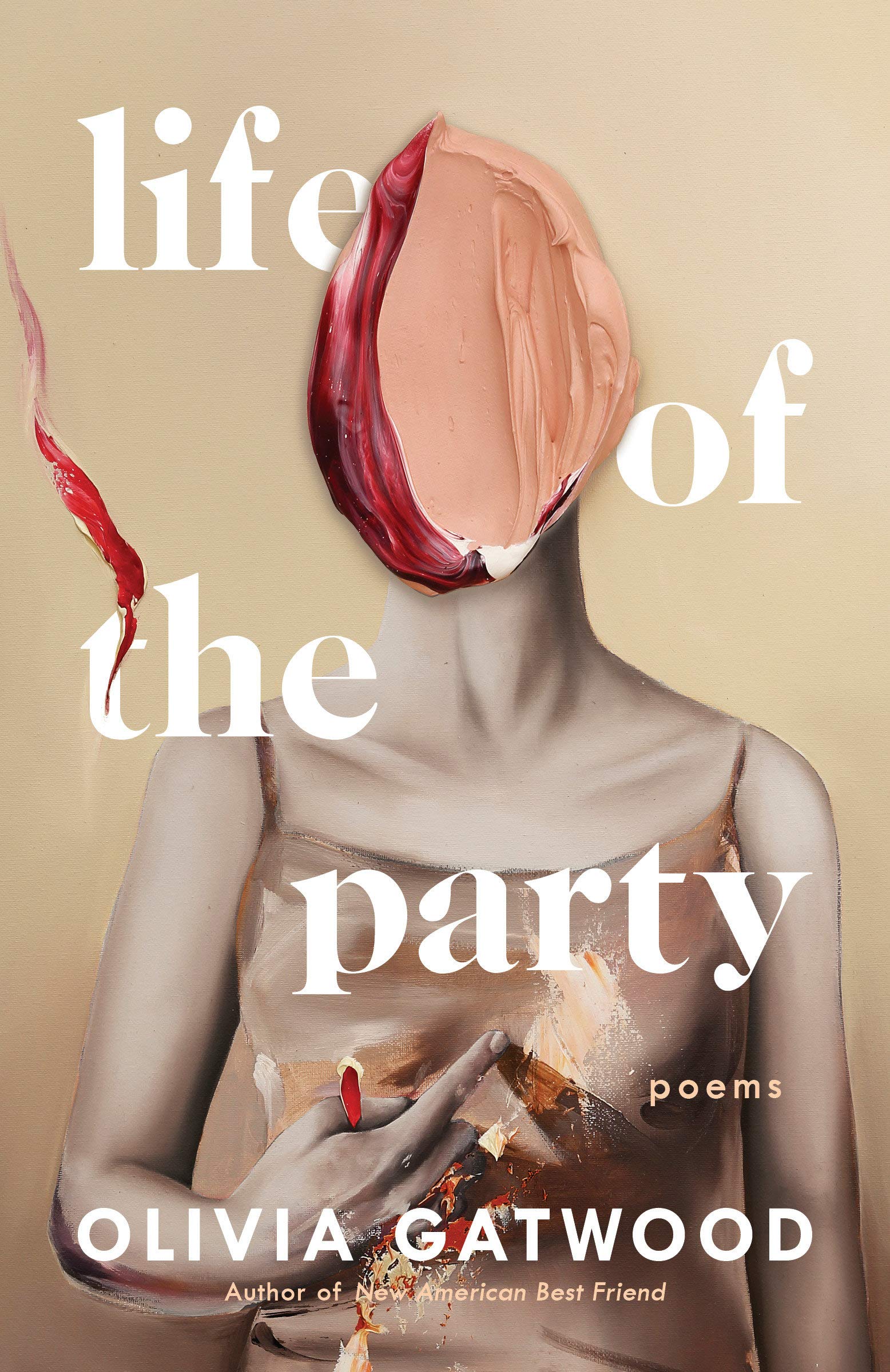 So let’s say you’ve dipped your toe into Instapoetry, and now you’re hungry for more. Well, the good news is there are tons of longer poetry collections being published all the time, and plenty of them are available in ebook format on Hoopla and Overdrive! Some recent personal favourites of mine are Night Sky With Exit Wounds by Ocean Vuong and How to Cure a Ghost by Fariha Róisín. Vuong is a queer Vietnamese-American who finds the space between his Buddhist heritage and the Christian society in which he was raised, the spectre of his mother haunting almost every page. It’s some of the most powerful work I can recall reading in the past few years (his debut novel, On Earth We’re Briefly Gorgeous, is supposedly a similar tour-de-force, but I haven’t gotten a chance to read it yet). Róisín is a queer, Muslim Australian-Canadian writer who does not like to mince words, her poems pushing forcefully outward to make space for herself. A great recent pop culture occurrence is Kendall Jenner posing with How to Cure a Ghost over the course of several months, essentially giving Róisín tons of free advertising (Kendall’s book picks in general are on point). If you’re able to get a print copy, Olivia Gatwood’s Life of the Party is another excellent new collection. And because I’m a big old literature nerd, I just have to shout out my girl Emily Dickinson—my love for whom was reignited by, of all things, that ridiculous Apple TV show (which is actually great, don’t judge me). Her work is from the 19th century, but if you’re not quite confident in reading older poetry, don’t worry! There’s a book for that.

Maybe you’re feeling inspired and want to crack into some poetry writing yourself. If you’re stuck creatively and need some form of outlet, some grease on your wheels, poetry can be a great place to start. In fact, there is a lot of research supporting poetry as a form of mindfulness (a concept that’s only new in the modern West). Speaking to the “democratizing” nature of Instapoetry, plenty of authors like Kaur have been running workshops on their accounts during quarantine, opening the door to aspiring poets. In her first workshop, Kaur began with an activity called freewriting, which is a great starting point to shake off the inevitable feelings of self-doubt (not to be confused with automatic writing, which is used to contact spirits, but you do you). To freewrite, all you need is a pen and paper (always pen and paper—no computers for this one). You can pick a topic, a person, an object, a thought, and then just…write. Let the words flow from your pen in an uninterrupted streak, with no corrections. It doesn’t need to make sense! Let your thoughts take you where they will. After five minutes or so (or longer, or shorter) put the pen down and review what you’ve written. It may just be a bunch of nonsense, or you might find a little seed of an idea among the scribbles that you want to carry forward. Either way, you’ll be feeling looser and freer and ready to write.

Another exercise I enjoy for getting started is blackout poetry. This activity is great for kids as well! A sort of post-modern approach to poetry, blackout poems are crafted from already existing works. Start with an existing text—a newspaper article, a page of a book you’ve been meaning to get rid of—and a marker. Scan the words on the page and note which ones jump out at you. Then revisit the text more carefully, and pick out the words that, when connected, form phrases that speak to you. When you have your words, take your marker and “black out” all the words except those you’ve chosen, and ta-da! You’ve got a blackout poem. If you’re feeling extra creative, you can even turn this into a visual art exercise; get some paint or some coloured markers and illustrate the page in a way that compliments your poem. Scholastic has some great examples of this.

But if you’re like me, and you don’t have any books you feel like scribbling all over, you can create blackout poetry just fine digitally. I like to open up Project Gutenberg (a free online database of public domain titles) and choose passages from various works, and then copy those passages onto a blank document. The rest of the practice is basically the same, except done via word processor. This method limits your visual creativity, but it’s still an effective start. For example, I chose a passage from The Fall of the House of Usher, which you can see below.

I hope this post has gotten you thinking a bit more about poetry! Do you write any yourself? Are you a fan of anyone in particular? Let us know in the comments! And remember, poetry doesn’t have to be appreciated only one month of the year! If you’d like to get involved with the conversation online, tag your posts on Instagram and Twitter with #NPM2020.

7 thoughts on “National Poetry Month: Instapoetry and Beyond”