“No human face is exactly the same in its lines on each side, no leaf perfect in its lobes, no branch in its symmetry. All admit irregularity as they imply change; and to banish imperfection is to destroy expression, to check exertion, to paralyze vitality. All things are literally better, lovelier, and more beloved for [their] imperfections…”

Today is July 31st, the birthday of the famous Harry Potter! I was very lucky to have grown up with Harry as the books came out. Until recently, I took it for granted that readers from 1997 to 2007 got to be a part of Harry Potter hype while the books were still rolling out; generations from now, the story will be just as incredible and just as magical, but at only one point in history did we get to be the ones to read it first. It got me to thinking about other works of children’s literature, and what it would have been like to be the first children to read The Hobbit or Alice’s Adventures in Wonderland. As wonderful as it must have been, nothing beats Hagrid banging down the door of that forlorn shack in the middle of the sea, a slightly squashed birthday cake in one of his enormous pockets.

Thinking about that cake reminded me that it’s always a good idea to receive what comes with an open heart. Even as a child I disliked when words were deliberately misspelled, such as on packaging in grocery stores (kidz, cheez, lite) as well as in books and on products meant to appeal to children via the misspellings (I read Captain Underpants anyway because who could resist(?) but it did agitate the young me every time I came up against a word that was misspelled). I was challenged on this point in 2001 when I saw the film version of Harry Potter’s 11th birthday cake.  For years nobody had bothered with this simple, meaningful sign of affection and not only was this big lumbering giant-of-a-man come to rescue Harry from the horrible Dursleys, but he came bearing a heartfelt home-baked gift. It was impossible to disapprove, in other words. Hagrid’s cake is a good cautionary confectionery for those of us who might fall prey to the allure of perfectionism: a reminder that there are worse things—far worse things—than a few misplaced vowels.

Still, it helps to know the basics, which brings me to The Elements of Style by William Strunk Jr. (Time Magazine named it one of the 100 best and most influential nonfiction books written in English since 1923). Elements is a succinct book that is more or less ‘Marie Kondo’ for the written word. The library has a print copy and an e-audio version on Hoopla, but if you have the opportunity to lay hands on the 2007 illustrated edition, it is a treat. The pictures pop and there’s something almost secretively fun about them. Of the many editions of this book, it is easily my favourite.

These are three of my favourite rules: 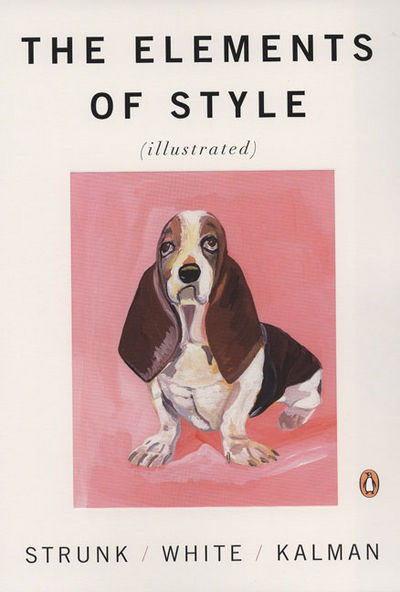 1. “Form the possessive singular of nouns with ‘s. Follow this rule whatever the final consonant.” I like the clarity and consistency of this rule. It may be easy to mistakenly apply the apostrophe unaided in this circumstance (such as “Charles’ book”), but the guide advises otherwise. Correct examples include “Charles’s friend” and “Burns’s poem”.

2. “Omit needless words… a sentence should contain no unnecessary words, a paragraph no unnecessary sentences, for the same reason that a drawing should have no unnecessary lines and a machine no unnecessary parts.” Strunk goes on to explain that this does NOT mean never having long sentences or deep descriptions, but rather that every word matter. Of all the rules, this one reminds me the most of The Life-Changing Magic of Tidying Up. Decluttering is as much (if not more) about what we choose to keep.

3. “Put statements in positive form.” One of the examples given in Elements is, “He did not think that studying Latin was much use,” compared to the improved,“He thought the study of Latin was useless.” A related rule is to put things actively rather than passively. I studied Japanese for a year and my teacher proudly informed us that the phrase ‘I don’t think [insert thought]’ was not even a linguistic option in Japanese because (obviously) you are thinking something! She told us that in Japanese it simply wouldn’t make sense to say you don’t think something; in other words, put statements in positive form. As relates to the example sentence (but less to the point), many of the inventive words in the Harry Potter books are Latin-based. Rowling was an English teacher and it’s not surprising that much of the wizarding world is wrapped up in the joy of linguistic play; Professor Lupin comes directly from the Latin for wolf, many (if not all) of the spells are closely translatable to their magical effect, and the Hogwarts motto, ‘Draco dormiens nunquam titillandus,’ means ‘never tickle a sleeping dragon.‘ If you’re interested in reading more about it, I highly recommend the Pottermore article, Why Latin was so important to the Harry Potter books.

Admittedly, some of the advice inThe Elements of Style belies the age of the guide (such as spelling today, to-day and tomorrow, to-morrow), but depending on the edition procured, one may notice that the information has been updated over time. I originally picked it up because Stephen King recommended it and was open about its indispensability (see also J.K. Rowling’s thoughts on writing). And while perhaps this is a book that Hermione would enjoy more than either Harry or Ron, Elements does (to its credit) a good job of staving off boredom within the confines of subject matter that enjoys a sort of static-electric intimacy with boredom (see: every grammar workbook ever given to you in school). And whether you are reading the Potter books for the first time or the fourth, I hope you will revel in this magnum opus of the medium (and forgive Hagrid abundantly for not always achieving linguistic perfection). Happy Birthday, Harry! 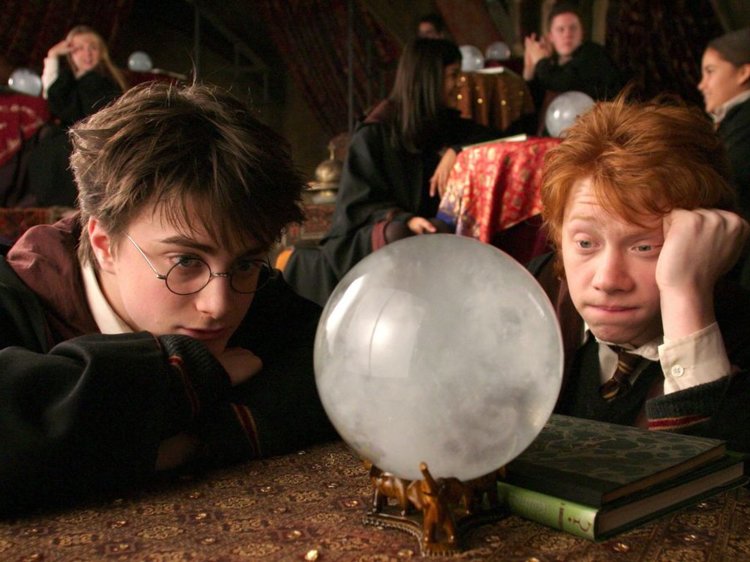 Harry Potter books one through seven are available to request: