What’s even more exciting is that they can be streamed right now with Hoopla (on the web or app). It’s free for library customers, sign up here.

What’s it about: “When Nancy (Lake Bell) is mistaken for Jack’s (Simon Pegg) blind date, she decides to take a chance and just…go with it. What could possibly go wrong?” (Hoopla)

Why it’s amazing: This hidden-gem rom-com is actually both romantic and funny. Plus, Simon Pegg and Lake Bell are believable characters, not overly sanitized, polished or Hollywood-ized.

END_OF_DOCUMENT_TOKEN_TO_BE_REPLACED 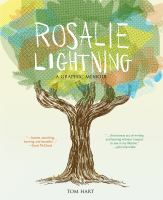 This book will shatter you. It’s an autobiographical account of a father and the death of his young daughter, Rosalie. To describe it much further would be to do it an injustice – it simply must be read to be comprehended. I agree with author John Darnielle that “it is the bravest act of writing and bearing witness I expect to see in my lifetime.”

END_OF_DOCUMENT_TOKEN_TO_BE_REPLACED

Like you, I love Unbreakable Kimmy Schmidt, a quirky-yet-approachable comedy series starring an infectiously-upbeat woman (Ellie Kemper) who is freed from an underground bunker. (You haven’t seen it?! Okay, stop reading this and borrow the first season from the library.)

Even though it’s made by Netflix, the series is on DVD – and the library has copies!

As a library worker, I was amused to see public libraries as a setting and punchline in the show. In the first season, for example, Kimmy’s roommate Titus Andromedon visits the library to stream an important courtroom trial.

It makes sense that Titus relies on the library for internet access. He’s a struggling artist in New York City. He rents a basement apartment and would not have the luxury of owning a laptop, never mind a broadband subscription. I appreciate that the show – as silly as it is – does not assume that everyone has everything.