Are we normal peple?

Sally Rooney, the 27- year-old Irish author, received much attention when Normal People was longlisted for Man Booker Prize in 2018 and subsequently won a few other awards in 2019. Rooney returned to the spotlight in April this year. When we were all stuck at home, Normal People  was made into a 12-part series by BBC3 and Hulu, and premiered in Canada through CBC Gem.

Normal People gained not only critical but also commercial success. Rooney was regarded as “Salinger for the Snapchat generation,” and the book was raved as “a future classic” by some credible review sources. But if you look at Goodreads, the book has mixed reviews, ranging from 1 star to 5 stars.

Apparently reverse psychology works … the polarized review ratings triggered my curiosity, and I started reading the book. After I read the book, I finally understand the reviewers’ opinions better. I can see why some criticized the unconventional editing of the book – how many adverbs were used in the book?! (Not that those editing rules are important to me.) I also understand why others thought some critical background information wasn’t explained enough – what did Carricklea and the supporting characters look like? Why did Connell feel so insecure even he had such a loving mother? 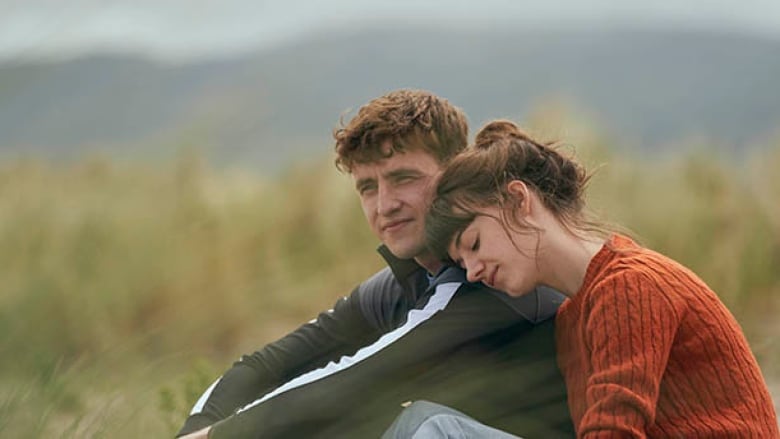 But perhaps what I agree the most is the on-and-off relationship between Connell and Marianne was upsetting at times. Therefore, I can’t agree how a credible review source described the book: an exploration of “intense love across social classes.” I don’t think their young love was intense – how could it be on and off if it was intense? It wasn’t even so much a love story to me, though you probably would argue with that.

The book reminds me of Leaving Las Vegas, an old movie based on John O’Brien’s book with the same title. The film won Nicolas Cage the best actor. It was about two desperate people, an alcoholic screenwriter and a prostitute. They met and consoled each other with sex. It was a love story to me when I watched it over 20 years ago, but now, my definition of Love has changed, and I no longer think that was a love story. RogerEbert.com says: It was about addiction’s real pain and the two desperate souls using love as “last resort” for their pain. I think that’s very precise.

I find these two works similar in this sense, although there were many differences between them. They are both about two tortured souls. The aching insecurity of Connell and Marianne drew them together. They couldn’t accept who they were and don’t know what their future would be like. They wanted to comfort each other with their on-and-off relationship.

Through Connell and Marianne’s relationship, Rooney successfully portrayed the two characters’ psychology – their uncertainty, insecurity, and anxiety. Their young love was at the mercy of the changing dynamics of the environments that they were in, which led to the shifting power between the two. Marianne’s family’s money influenced each situation quite a bit, but the peer pressure and their relationships with their families played a large role in shaping their psychology. Their misunderstanding of each other also broke their relationship a few times – a thing seemed to easily happen when we were young!

I also want to talk a little bit about the “class difference” between Marianne and Connell. This is not a Jane Austen novel, so the class difference was manifested in a contemporary way. In the beginning the book, Marianne, who came from a rich family – you would think she might likely go to a more privileged school – she went to the same school with Connell, who was raised by a single mother. Marianne got bullied because most boys, even Connell’s friends, didn’t like her. For that reason, Connell didn’t want her to tell anyone about their relationship. So Marianne was someone from a higher class but without any privileges!

But then the divide between them due to their family backgrounds became clearer when Connell and Marianne went to Dublin. Rooney’s voice also turned sharper from this point on. When the characters expressed their views on different ideologies, when Connell couldn’t even afford food but his scholarship earned him an opportunity to go on a cross-Europe trip and meet Marianne and her friends in her family’s vacation property in Italy, when Connell couldn’t afford renting an apartment in Dublin in one summer but delayed asking Marianne whether he could stay in her apartment, the divide between them became more visible, although there were no tangible boundaries between them.

It’s saddening to see how classes still prevalently influence our relationships nowadays. In addition to that, we have many other terms that demonstrate the divide amongst us even within the same community, for example, “leagues,” “circles,” “sub-culture”, and so on. In our pursuit of any human relationships, we consciously identify each of us with these invisible benchmarks. We get ourselves into specific “circles” and define the “leagues” that others are in. Through this process, we seek “alliance” or declare “normalcy” in order to gain “strength.” We judge, classify, and stereotype constantly – we hate that when others do it to ourselves, but we do it to others subconsciously.

It’s this subtlety that Rooney accurately captured in this “upmarket” fiction. With her daring and refreshing voice, each nuance in the book, whether I like it or not, makes me feel these people are real – her main characters’ feelings seemed to have occurred to me at one point in my life.

Rooney boldly explored many uncomfortable topics, even included the topic of submission – apparently, this is a topic that has a big market these days! In examining these hard topics, the two main characters had to answer their own question – “are we normal?”

Guardian described the book as “polemic,” and we can see this through some of the author’s bold statements (through her characters). Here are Connell’s comments on page 228:

“It was culture as class performance, literature fetishized for its ability to take educated people on false emotional journeys. . . . All books were ultimately marketed as status symbols, and all writers participated to some degree in this marketing.”

What do you think about that?