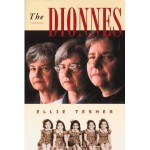 Big families, especially those with multiple births are popular these days as can be seen by television programs like 19 Kids and Counting and Quints By Surprise. But in the 1930s Canada was in the news after a unique birth took place on May 28, 1934 – identical quintuplet girls conceived naturally, a feat that has not happened since then. The five girls Yvonne, Annette, Cecile, Emilie and Marie Dionne were born to a poor French Canadian family in the small town of Corbeil Ontario to parents who already had five children. Their father, Oilva, was persuaded to exhibit his children at the World’s Fair and this raised the issue of exploitation. The children were then taken away from their family by the government and put under the guardianship of their doctor Dr. Roy Defoe and two others who exploited the children themselves by putting them on display for many years in a complex that was called Quintland.

This separation was to have lifelong repercussions. When the quintuplets were returned to their family after a lengthy court battle, they couldn’t relate to the rest of the family or their way of life. They felt that they were treated differently and worse than their siblings. They also later claimed their father sexually abused them. They left the family home as early as possible and had little contact with their parents afterwards. One of the quintuplets, Emilie died at the young  age of 20 because of an epileptic seizure. Three of the other quintuplets married and had children but all marriages failed. The fifth quint tried convent life. Only two of the quints, Annette and Cecile are alive now but their story lives on, eighty years after their birth, in the many books that have been written about them like this one, The Dionnes by Ellie Tescher. 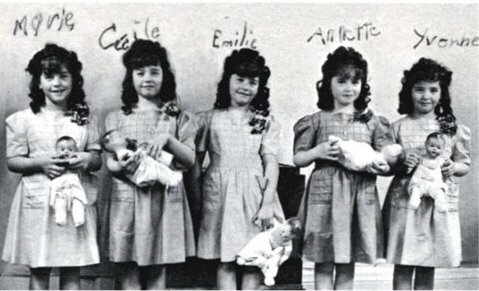