When Lorde dropped onto the scene with 2013’s Pure Heroine, she was a strange, dark, enigmatic force. A 16 year old from New Zealand, her signature sound of slow drums and deep beats shook up the music charts (her competition: Macklemore’s “Thrift Shop”, Robin Thicke’s “Blurred Lines”, “Ho Hey” by The Lumineers—even the “Harlem Shake” made it onto the charts). “Royals” signaled an exciting direction for chartable music, one not predicated only on exuberant silliness but that made space for something a little darker, a little deeper, a little quasi-gothy. She was a weirdo before Jughead made the claim, with effortless cool. The heavy, slow beat-and-clap of “Royals” and “Team” became a real thing. It’s not for nothing that literal David Bowie called her sound “the future of music”—and of course, he was right.

With her follow-up album Melodrama, Lorde built on her previous sound and reputation for idiosyncrasy. In a recent article detailing just why Lorde’s music seems so different from contemporary pop music, Time got into the actual structure of her biggest hits, which employ the difficultly-named “mixolydian mode”. As someone who doesn’t understand music theory, this doesn’t mean a whole lot to me, but it essentially means she’s adopting a scale historically used in blues and rock unexpectedly in pop music. Pop is incredibly formulaic (that’s not necessarily a bad thing—it’s a successful genre for a reason), but we love Lorde precisely for bucking that formula and still making it work. Think of the song “Green Light”, which shifts to a surprise chord at the pre-chorus (“But I hear sounds in my mind…”), a shift that doesn’t make sense in pop theory but one that gives the song its unsettling power. She is always tightly in control of her sound, sure-footed in her formula-breaking. Melodrama was not as commercially successful as Pure Heroine, but Lorde’s artistic influence carries on in current chart toppers like Olivia Rodrigo and Billie Eilish. It’s very hard, for example, to hear the swelling bridge of “drivers license”, with its layered voices and slow claps, and not think of Lorde.

END_OF_DOCUMENT_TOKEN_TO_BE_REPLACED

Happy new year! This post has nothing to do with the new year, but I hope these album recommendations will help start your year off on the right foot!

These albums are either sending shivers down my spine every time I listen to them (because when you go indoors to escape the cold outside, what else would you rather do than shiver there too?) or otherwise being put on my playlist on repeat: 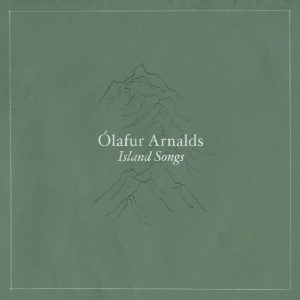 Island Songs by Ólafur Arnalds (streaming on hoopladigital only)

Re:member by Ólafur Arnalds is also amazing, but Island Songs is what originally got me into Arnalds and really listening. Literally sent shivers down my spine as I listened, as well as making me very emotional at times throughout the album. (Also, what a beautiful story behind the album!)

How to describe Arnalds’ music? I think he describes it this way himself in the insert to Re:member (though I don’t have the CD in front of me and can’t verify this, so take with a grain of salt), but it feels as though I’m listening to the soundtrack of a film, except there’s no film that it follows. Ambient music? Soundtrack? Instrumental, I guess. However you categorize it (if we must), it is beautiful.

See more below the cut.