The second season of the acclaimed television show The Witcher came out on December 17th and I, for one, am eager to bingewatch! I vividly remember watching the first season with my mom in the winter of 2019 (which wow, what a different world it was then). I went into it with low expectations (I was skeptical of Henry-Cavill-as-Geralt, who as far as I knew was supposed to be a grizzled old man) and finished it pleasantly surprised that I’d enjoyed it as much as I did.

This November, I finally read the book that the first season is based on—The Last Wish, which is actually the prequel to the series. I don’t know how I missed it (and plan to re-watch the first season to pick up on the clues) but The Last Wish is made up of several rewritten fairytales. Renfri, for example, is a parallel to Snow White! WHAT!

END_OF_DOCUMENT_TOKEN_TO_BE_REPLACED 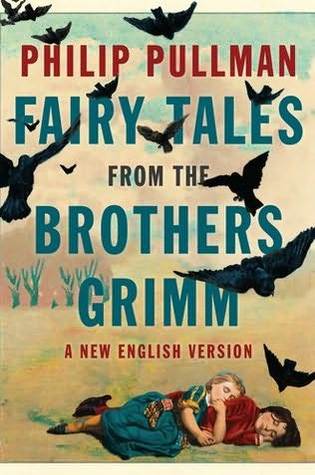 These are the Grimm fairytales as pulled from various sources, both well-loved and obscure, edited by Philip Pullman, author of The Golden Compass. It’s probably a given that the fairytales we absorb as children don’t generally sound quite the same when we hear them again as adults (although that probably also has something to do with Disney and the variations of some tales, especially the most popular such as Cinderella and Little Red Riding Hood, that abound), and while you might already know some of the gory originals to the stories you know and love – the removal of various parts of the feet in Cinderella, for one, is pretty well-circulated – Pullman does an excellent job choosing and editing the tales that he chooses to include in this volume.

Pullman states from the start that he has taken liberties with some of the tales, leaving others in their original state, and he lets you know after each of the fairytales which ones have been revised from their original state and which have been preserved in whole, and, most importantly, why. He also makes a good point: fairytales were, and remain in part, a part of oral tradition, and as such the performer of the tale makes their own changes to parts of the story, whether it be the plot or the details, in order to tailor it to their way of storytelling – so why not change what doesn’t seem to be working, as an editor, to make even better fairytales for the reader? END_OF_DOCUMENT_TOKEN_TO_BE_REPLACED