END_OF_DOCUMENT_TOKEN_TO_BE_REPLACED

The Giller Prize 2021 longlist was announced on September 8, the International Literacy Day. From these twelve titles that were chosen amongst the 132 books submitted by publishers across Canada, the jury announced the finalist on October 5, and these five titles will be competing for the most prestigious and richest Canadian literary award on November 8, 9 PM.

This year’s longlist selection is as diverse as Canada itself – in the jury’s words, the longlist “showcases an ecstatic diversity of voices and styles, of narrative deployment and moral urgency, of formal innovation and old-fashioned storytelling pleasure. There is something for everyone on this list, but within each of these books there is to be found beauty, honest reckoning, human compassion, and the irrefutable mark of the sublime.”

Each longlisted title is brilliant and unique, but part of the game is that the jury must pick out five finalists and one winner. How brutal! Fortunately, that doesn’t mean that we can’t talk about the longlisted titles that didn’t make the shortlist here (thanks to VPL for giving us this platform!). So, the three books that I’m going to share with you, one made the finalist, the other two not, yet all of them are definitely worth-noting.

Believing in fiction’s power to make a change in the world, the former The Globe and Mail journalist, El Akkard, became a full-time novelist. After his award-winning debut novel American War, his second novel What Strange Paradise is again creating tremendous impact – it is now in this year’s Giller shortlist.

What Strange Paradise offers a timely response to the refugee crisis at the southern U.S. border and the migrant crisis in the Mediterranean. It is a harrowing read, right from the first line: “The child lies on the shore. All around him the beach is littered with the wreckage of the boat and the wreckage of its passengers.” But, as readers’ hearts are going to break, El Akkard gives them hope: “A wave brushes gently against the child’s hair. He opens his eyes.” When the child, the only survivor of the shipwreck, awakes in the Greek island and tries to escape from the authority, Vanna, a native teenage girl, did everything in her power to save him. (The Globe and Mail)

It’s a wonderfully told story about humanity in its simplest form, where right and wrong is crystal clear – a much-needed, powerful message in the midst of this world’s never-ending, tumultuous sociopolitical upheavals! (Quill & Quire)

END_OF_DOCUMENT_TOKEN_TO_BE_REPLACED

(Posted on behalf of Sarah) I once observed that no month needs a party like long dreary November. This is not yet November, but I tend to find the same principle can apply in October. The air gets colder, the nights start sooner and run longer, the days get a little greyer, and people start talking about vitamin D supplements and warm places. And because 2020 has been a challenging year for everyone, it’s time to find something to celebrate.

Enter Latin American Heritage Month which runs throughout October under various names across the country. This is an opportunity to celebrate Latin American culture and learn more about the way Canada’s Latin American community shapes the fabric of our nation.

Broadly speaking (perhaps too broadly), Latin America is considered to be made up of countries in North, Central, and South America where Spanish and Portuguese prevail as colonial languages; and the largest Latin American Canadian communities are Mexican Canadians, Colombian Canadians, and Salvadoran Canadians. 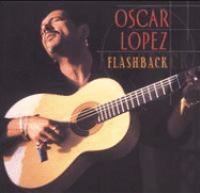 Any celebration starts with music, and there are many Latin American Canadian musicians to check out this month. Juno award winning Chilean-Canadian guitarist Oscar Lopez has been making music since the 1970’s. He started out doing rock covers before finding his niche in Latin-style acoustic and flamenco music, and winning awards for his beautiful instrumental work. He also teamed up with folk singer James Keelaghan to explore the place where Latin and Celtic music meet. Lopez’s Best of album Flashback is a lovely introduction to his work.

And in another part of the scene, you will find Toronto born country and roots artist Lindi Ortega.  whose music is influenced by her Mexican and Irish heritage as well as her experiences across Canada, and her time spent in Nashville. Her voice has been likened to Dolly Parton and Emmylou Harris. Her latest album, Liberty, is available on Hoopla.