I was thinking about February, the month of love, chocolate, and honouring the history, contributions, and future of Black folks in our country, and I figured it would be a great time to feature poetry by Black writers.

I never used to be big on reading poetry—sometimes poems (especially those assigned in school) felt a bit too esoteric or plain baffling for my taste, especially when coupled with assignments to demonstrate what the poems might be saying. But the more I read, the more I slowly fell in love with it, and even began trying my hand at writing my own poetry, some of which I’m quite proud of.

Who knows, one day I might publish a poetry collection and join the ranks of these vaunted writers. In the meantime though, I can recommend a few reads. The following is a small collection of great poetry by Black authors that you can find in our catalogue, featuring excerpts of their poems when available. I find there’s no greater hook for a reader of poetry than the content, which often resonates better than any blurb or synopsis could.

END_OF_DOCUMENT_TOKEN_TO_BE_REPLACED

The theme of this year’s Black History Month is February and Forever. This month, we are invited to not only remember and celebrate the legacy of Black Canadians and their communities, but also their contributions in the here and now, which enrich the multithreaded tapestry of our country. I thought this would be a great opportunity to list some recent and current works by Black Canadian authors, all of which you can borrow from VPL!

The Skin We’re In: A Year of Black Resistance and Power by Desmond Cole

Desmond Cole shatters the assumptions that Canada is a post-racist nation by chronicling the events of a single year (2017), which was also Canada’s 150th as a country. It was a time of, among other things, calls for borders to be tightened against Black refugees from the States crossing through Manitoba, Indigenous peoples fighting for land and water protection against invasive and damaging pipelines, and police rallying around an officer accused of murder.

END_OF_DOCUMENT_TOKEN_TO_BE_REPLACED

Based on the real life of Anita Hemmings, The Gilded Years is a fictionalized account of the first African-American woman to graduate from the prestigious Vassar College in 1897 (Vassar did not openly admit African-American students until the 1940s). Anita was able to do this because she was light skinned enough to pass as white and she kept this secret for three years. But during her senior year she fell in love with a Harvard student and her roommate became attracted to Anita’s equally fair skinned brother, both situations which would jeopardize everything she had accomplished so far.

She had the typical student experience, studying, socializing, and visiting friends but with the constant undercurrent that she was playing a part and keeping a secret that if discovered could get her expelled. She had to decide who she was, who she wanted to be and what was most important to her, which had no easy answers.

There is also a section that tells about the life of the real Anita Hemmings (with photo), her life before and at Vassar and what happened to her after leaving college.

I’ve read some articles from 2017 and 2018 reporting that this book will be made into a film called ‘A White Lie’ starring Zendaya and Reese Witherspoon but have not found more recent information about it.

As a fan of both school stories (whether day schools, boarding schools or college/ university) and historical fiction this book is a great mix of both! 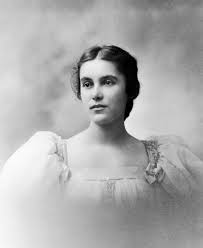