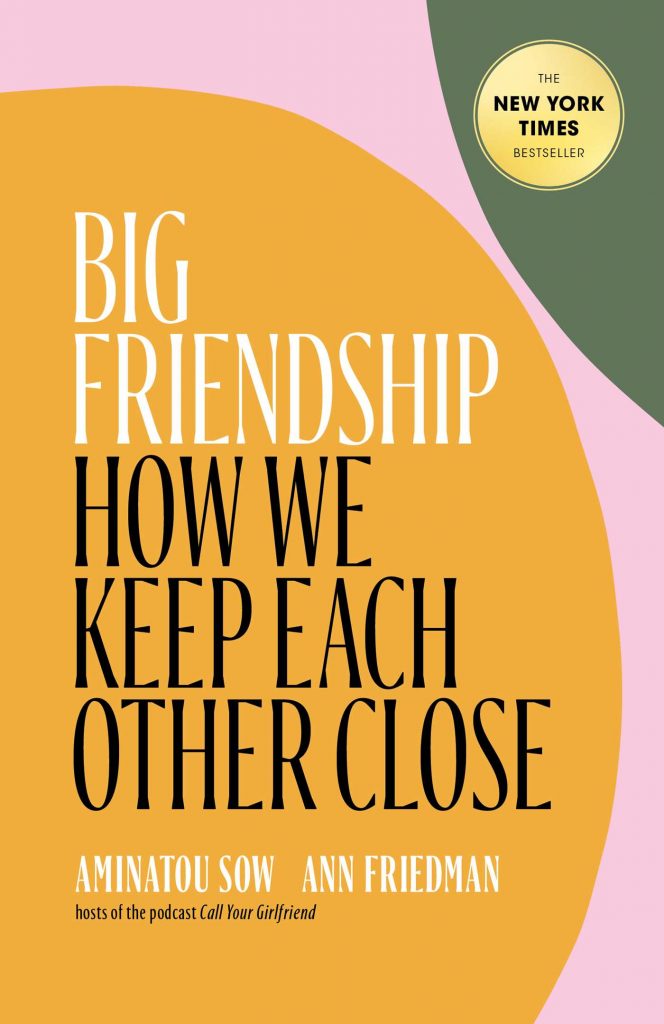 I have a distinct childhood memory of being at some older cousin’s wedding, listening to the Maid of Honour give a speech. She was my cousin’s best friend, and I remember her saying something along the lines of “we can go months without seeing each other, and then pick right back up where we left off.” To little me, the idea of not seeing your friends for months was preposterous. How can you even call yourselves friends, if you’re not seeing each other every day? Of course, as an adult, that speech now makes a lot of sense to me. Even before COVID, it wasn’t unusual to not see good friends for months and months. Keeping in touch is easier now, of course: smartphones and social apps. But in-person hangouts are far less frequent than as kids. Reality isn’t like Friends or New Girl—you probably don’t live across the hall from or in one giant apartment with your adult friends.

Adult friendships are a lot harder to maintain than sitcoms would suggest, due to competing commitments. Jobs, significant others, children. We’re busy! If you’re an avid podcast listener, you might know Aminatou Sow and Ann Friedman from Call Your Girlfriend, the hit podcast “for long distance besties everywhere.” The show’s manifesto is as follows, from the website: “We believe that friendship—particularly among women and femme-identified people—is a defining, important, and powerful relationship, and that conversations among friends can be the source of incredible social and political power.” A bold statement, and one that’s at the core of their new book Big Friendship, though in a down-to-earth, accessible (and fun!) way.

In Big Friendship, Aminatou and Ann (as they refer to themselves) work through their living example of a successful friendship that has survived all sorts of adult problems. The trick? They simply cared to maintain that friendship. And that meant putting in work, the kind of work we usually associate with romantic relationships (they have, for example, been to Friend Therapy). Big Friendship makes the argument that, though society doesn’t seem to value it as such, deep, lasting friendship is—and always was—a vital part of the human experience.

END_OF_DOCUMENT_TOKEN_TO_BE_REPLACED 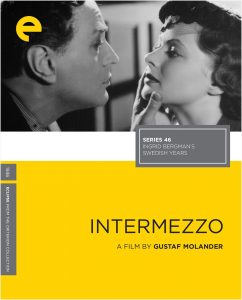 So of course it’s no surprise in Intermezzo (1936), when the older famous violinist, Holger – happily married with children he adores, something that is established in the first few minutes of the film or so it felt – falls in love with Anita, his daughter’s youthful piano teacher. It’s the “second spring” trajectory that has been rehashed again and again before and since this film, and yet!

I found that the portrayal of both parties was rather sensitive and well done: although it does adhere to the good ol’ “Older Man Falls For Young Woman & Rediscovers His Love of Life/Living, Leaving His Wife & Children For His Second Spring” trajectory (… spoiler alert?), if there’s one word I can use to describe the way the affair and the characters are portrayed in this film, it’s that it’s incredibly generous. Holger, a famous violinist and quite absent father (due to his tours) returns home and promptly falls in love with his daughter’s piano teacher (while she’s playing the piano, of course). It’s not particularly inventive, but Gustaf Molander did a pretty fine job with character development as the relationship progressed in the film, especially with Anita’s character (Ingrid Bergman). Gösta Ekman (Holger) is spectacularly expressive, cementing straightaway that Holger loves his family, adoring especially his daughter, and I enjoyed this expressiveness quite a bit throughout the film. I’ve read a couple reviews saying it was a bit on the slow side overall, but I never felt it was a drag to watch.

OK, actual spoiler alert coming up ahead, so if you have yet to watch the film (it’s from 1936, so there’s been plenty of chance to watch it since its release) and would like to watch it without knowing what happens (even if it’s painfully obvious with multiple foreshadowing elements spoken by the characters – mostly by Margit, actually), skip the following paragraph below the cut.

END_OF_DOCUMENT_TOKEN_TO_BE_REPLACED 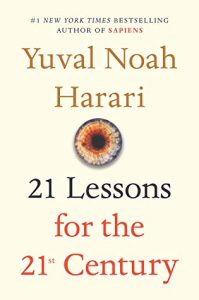 As we pass another decade in the 21st century, what future are we headed towards? Who knows, but Yuval Harari’s 21 Lessons for the 21st Century (also on Overdrive as an e-book & e-audiobook) looks at some of the hot topics & issues to worry about that the 21st century brought in its wake and attempts to untangle them so that we can think about these issues with more clarity, less clouded by our illogical emotional responses than before. While there are some speculations as to what the future might bring, that is covered to a much greater extent in Homo Deus (while Sapiens covers the history of humankind), and the primary focus of 21 Lessons is definitely on the present. Harari covers such topics as the possible/imminent future irrelevance of people as individuals (and the consequences of irrelevance in that future society replete with AI), to terrorism and war, to religion and fake news, before tackling what one can do in light of all this – actually let’s be real, when I say tackles, I mean Harari kind of dismantles what we might first think of as the solutions: Education, Meaning, and Meditation.