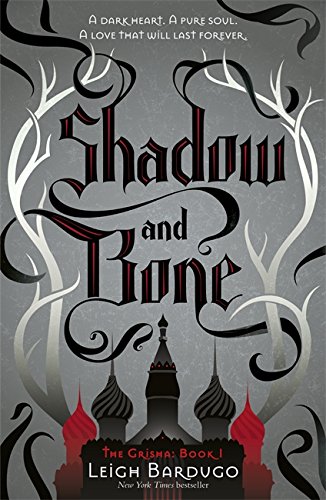 On April 23, Netflix will debut its newest highly anticipated adaptation: Leigh Bardugo’s Shadow and Bone. As a Bardugo fan, I find myself to be both excited and a little apprehensive, which is par for the course for adaptations. Will the show do the book you love justice (e.g. Normal People), or will it be completely unrecognizable (e.g. The Turn of the Screw-turned–The Haunting of Bly Manor)? Borne from a very specific, early 2010s trend in YA fantasy, this series has been a long time coming. For fans of YA literature, having your faves picked up by Netflix is like a dream come true, even if Netflix’s adaptation history is spotty (did anyone see the ending of The Chilling Adventures of Sabrina? What was that?!). Netflix is not beholden to the rules of network television, so there’s less chance that the story will be tampered with in order to appease a mass American audience—which is good news for this series, which tends towards dark subject matter and generally more “adult” themes. What’s more, without bending to please middle America, Netflix adaptations are more open to showcasing diversity (see their ultra-popular To All the Boys film trilogy, which previous studios had attempted to whitewash).

Truthfully, I’m surprised the powers that be chose to adapt Shadow and Bone now—is it me, or is this sort of trilogy-based, post-Hunger Games, one-girl-to-save-them-all narrative a bit passé? It has, after all, been about a decade since it first took off. Which is why I’m a bit miffed that, rather than simply adapt Bardugo’s (objectively!) superior Six of Crows duology, Netflix has decided to combine the two series into one show. The two might take place in the same universe, but genre-wise and tone-wise they are drastically different: Shadow and Bone revolves around Alina Starkov, an unremarkable orphan who discovers she is actually very remarkable indeed. After the blossoming of her powers, she enters the high-society world of the powerfully magical Grisha, and attempts to take down The Fold, “a swathe of impenetrable darkness crawling with monsters that feast on human flesh” that is threatening the alt-Russia nation of Ravka. Six of Crows, meanwhile, centres on a gang of disparate criminals called the Dregs in the Amsterdam-esque city of Ketterdam, after the events of Alina’s story have already concluded. I think most fans would agree that between the two, Six of Crows is more worthy of an adaptation. In fact, its ingredients seem ready-made for television: illicit gang activity, a bunch of traumatized misfits finding family with each other, heist action, slow-burn romance, a city setting so fleshed out you can almost smell the corruption. In comparison, Shadow and Bone, while still compelling, just doesn’t hit the same way. 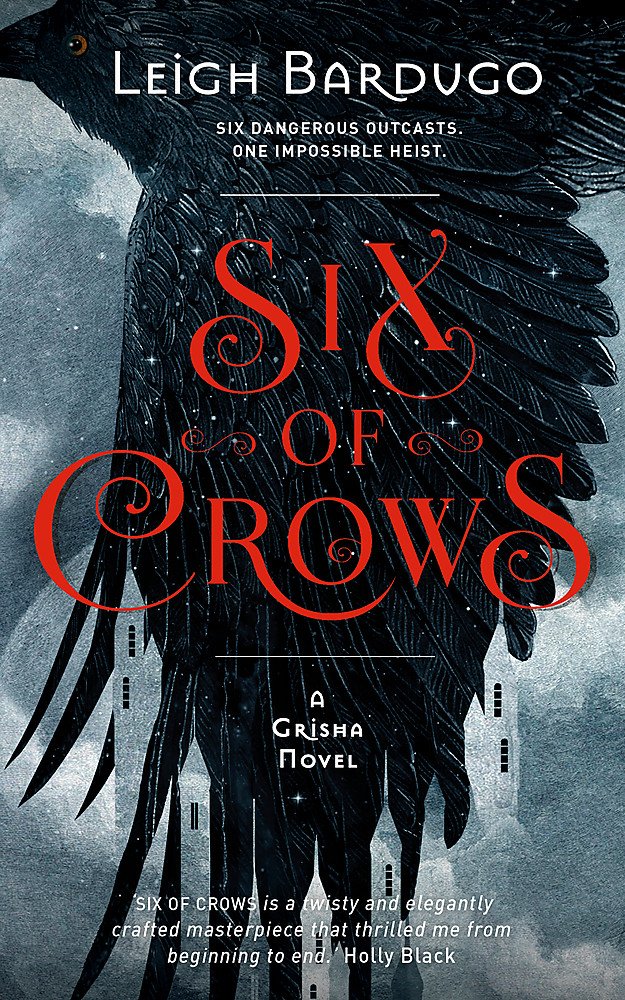 And the showrunner seems to agree! When I google “Shadow and Bone combined with Six of Crows why”, the answer doesn’t quite placate. The show is being helmed by Eric Heisserer (writer of the excellent Arrival), a self-admitted SOC fanboy, who originally walked away from Netflix’s pitch when they offered him only Shadow and Bone: “They stopped me and said, ‘Oh it’s nice that you have grand designs, but we only have the rights to Shadow and Bone, you don’t have Six of Crows’ and I said, ‘Well, that’s it for me’ and I just walked right out.” When Netflix came back with both series on the table, Heisserer agreed to the adaptation. To make it work, the team essentially invented a prequel story for the SOC protagonists—but only a few of them. Season one will include Kaz, Inej, and Jesper, but not the rest of the gang.

What I think all fans can agree on is the excitement of seeing these beloved characters come to life. Two things Bardugo does well across the board are characters and chemistry; you can put any two in a room together and there would be sparks. Nikolai Lantsov (star of his own spinoff series) isn’t in season one, so we need the audience to make sure this show thrives enough for a second season. Similarly, part of the reason fans (i.e. me) are peeved about the lack of Six of Crows content is that we now have to wait a few seasons for its beloved ships: Nina and Matthias are not yet part of the story, nor is adorable little Wylan, and though Kaz and Inej are both featured, we now have a loooong wait for that spicy ship to sail. To quote Stephen Colbert, give it to me now!! Patience is not a virtue I have in abundance. That said, focusing on the core of the Dregs before introducing the others will give us a chance to really see the bond between Kaz, Inej, and Jesper, whose devotion to each other is lined with a tension that predates the SOC canon and is ripe for exploration. If the adaptation can land these characters and their dynamics, half the work will be done! And it has to be said: Ben Barnes is the perfect choice to play the Darkling. I am, shall we say, cautiously optimistic about this.

Another potential sticky spot: this series changes Alina’s background from fully Ravkan to half Shu (of the Shu Han nation), making her a fictionalized half-Russian, half-East Asian heroine. Addressing this change, main actress Jessie Mei Li says “they wanted to add a little more adversity to Alina’s upbringing. Not only is she an orphan, but she’s an orphan that looks like the enemy, so she was really ostracized.” This in itself is not bad, but it does introduce racial elements to the show that were not in the books, particularly racial slurs being hurled at the protagonist. Whether this works well in the show, or just seems in poor taste (particularly during a spate of horrific anti-Asian violence across North America), remains to be seen. Do we need to be adding racism to things? I don’t want to judge ahead of time, but let’s just say I don’t love the decision.

If you haven’t already, have a look at the show trailer:

What do you think? Are you excited about this adaptation? How do you feel about book adaptations in general? Prepare for the binge watch by checking out the Grishaverse books from your local branch below:

The Language of Thorns

7 thoughts on “The Grishaverse Comes to Netflix”