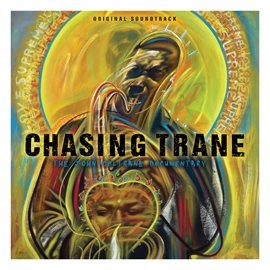 Coltrane was a true virtuoso. Unlike Mozart, though, he wasn’t born a musical genius. Instead, he practised, practised, practised. On the bus during road trips, he would shadow exercise his fingering on the sax for hours on endlessly. Endlessly curious, his musical career changed jazz and popular music’s  trajectory like no other artist—encompassing Be Bop/Hard Bop, Blues, Pop, Avant-Garde, Free Jazz, and Ballads. What sets Coltrane apart from his contemporaries and modern artists for me is that his musical voice helps smooth my worries, has eased my pain over some of my most wretched heartaches, has helped me discover patience within myself, and continues so effortlessly to permeate  my cerebral and spiritual faculties like no one else. Not everyone can say that their favourite artist named a song after them either (wink wink). I’ve been listening to a lot of Coltrane while I work from home—indeed, as I write this—to encourage a flow that sweeps me into an effortless effort. Coltrane has such a massive discography from his tragically shortened life that I thought I’d highlight some of my favourites to get you started. All albums here are hyperlinked (click on the pictures) to their Hoopla links. The album above, from the superb 2017 documentary, is a great general introduction to the breath of his work. What follows are some of my favourites. 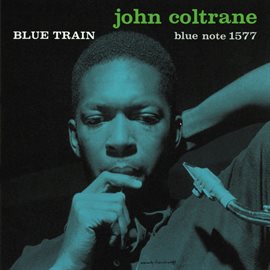 Before venturing on his own, Coltrane played for such luminary figures such as Miles Davis and Thelonious Monk. Blue Train marks only the second time Coltrane led an album and wrote all but one song. Coltrane would establish his core quartet with Giant Steps, making this album’s use of various horns a glimpse into his polyphonic unconventional composition. This album sees Coltrane begin to explore his signature style and establish himself as a leading man. This is a gregarious and jovial album that shows off Coltrane’s skills and restraint. A great tease for what would come in his brilliant career. 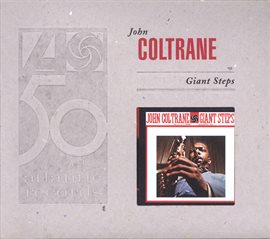 I find it impossible for my mind to race or diverge into unwanted thoughts when listening to this album. This is especially true for the titular track “Giant Steps” that uniquely takes you on a journey like no other song.  The term “sheets of sound” was coined to describe the track, and it fits perfectly. Forget walking bass, this track features a running bass! This became his first iconic album, hosting three now jazz standards, and established the Coltrane sound. The sheer velocity of these tracks (i.e. “Countdown”)  juxtaposed with the soothing ballad “Naima” near the end, makes this an album that I often hit play and let it run until completion. Giant Steps always reins near, or at, the top of my favourite albums. This album is infamous for its difficulty. It can take many listens to turn the jarring cacophony into a meditative trance—and it is worth the beautiful struggle. Watch Vox expertly deconstruct why “Giant Steps” is one of the world’s most brilliant and infamous songs. 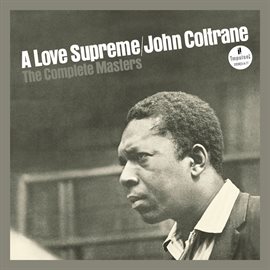 A Love Supreme marks Coltrane’s biggest tonal shift, up to this point in his career, as he bridges hard bop into the avant garde while hinting at his future free jazz riffs. If you are a religious person or find meditation compelling, this album boosts its own mantra: A Love Supreme. This narrative through line breathes gorgeous subtext in his magnum opus. Split among four parts—Acknowledgement, Resolution, Pursuance, Psalm—this album became a commercial and critical success. It is universally deemed a masterpiece and is consistently on best-of-all-time album lists. This album, unlike Giant Steps, requires you to listen to it in one sitting and let it wash over you. It is truly a spiritual experience. Enough said, go listen. 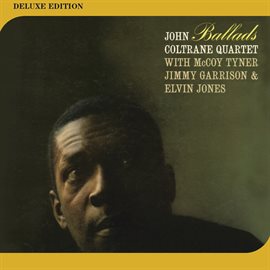 Coltrane’s true virtuosity and prolific nature is showcased in this album. Leaving behind his up-tempo tracks, Ballads explores the softer side of Coltrane with jazz covers of popular songs and finds him in fine form. Astonishingly, but not surprisingly, the original set was performed in one take. The 2002 deluxe version on Hoopla hosts the deluxe version that includes multiple takes of “Greensleeves” and “It’s Easy to Remember,”  not originally included for this album, which nicely rounds out the track listing. I’ve spent a lot of time with this album—an embarrassing amount of time when I consider the umpteenth times I’ve put on repeat the multi-take tracks—and it always sends out good vibrations. Coltrane has many albums that venture into the soulful blues of jazz ballads and this is a classic to start with. 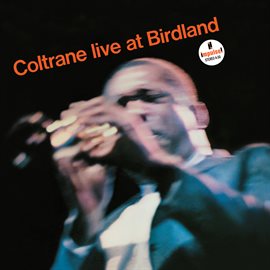 Containing jazz heartbreaks such as “Alabama” with the balanced energy of “Afro Blue,” this album features one of my favourite live   performances: “I Want to Talk About You.” This love ballad extends beyond its original scope during the live performance by reaching for the beyond. Switching modalities, keys and time signatures in milliseconds, it is an astonishing event to witness when, during the last three   minutes of effort(ful/less) cadenza, he tries to articulate transcendent sonic forces. My soul catches many ethereal moments as he vacillates within the fluidity of time and the warmness of speech. There are always slightly different moments I catch when he hits his nirvana—and every time I listen to this piece I take the journey with him and anticipate what might otherwise be termed as perfection. Whenever my mind races from stress, I put this specific piece on, and without fail, become focused for 8:11. That is a special type of magic.

Coltrane’s corpus is melodic ecstasy.  He was a committed artist who sought to relieve pain through his music. I could endlessly quote him upon this fact, but listening to his music speaks for itself. This mission led him to albums such as Concert in Japan that honoured the victims of the nuclear bombings; songs such as “Alabama”—commemorating the bombing of the 16th Street Baptist Church by the KKK that stole the lives of four young girls—further reveals his incredible tenderness and political consciousness. He points his listeners in the direction of love, healing, and positive vibes. He has become such a towering figure that he was canonized by the African Orthodox Church and won a Pulitzer 50 years after his death. During his lifetime, however, he was commercially popular with hits like his hypnotic rendition of the classic My Favourite Things .  Unlike other musicians, after his passing, no scandals have emerged—all that comes to light is new music from deep within the hidden vault. Give your ears and heart the gift of Coltrane.

2 thoughts on “The Genius of John Coltrane: Vibes that Heal”