As a youth services staff member, I have a soft spot for middle grade books. After the creation of We Need Diverse Books a few years ago, I’ve started paying closer attention to what stories and perspectives are being told in children’s books.  While the numbers are still overwhelmingly white (as reported by Lee & Low’s annual 2019 Diversity in Publishing survey), I think the past few years have given more awareness to great books that feature all children. This reading list contains just a few recent publications that you may not have heard of but you definitely should add to your to-be-read pile, as they’re perfect for adults and children alike!

These books are all realistic fiction to help narrow down your selection and I don’t think my list covers every book, which just speaks to how many great books there are. As usual, the links below go to the VPL catalogue where you can request these titles and read more about them!

The Best At It by Maulik Pancholy.

This wonderful book is about twelve year old Rahul Kapoor, a seventh grader who wants to stand up to his bullies by proving that he is the best at something. Now all that’s left for him to do is to figure out what that special something is. This heartwarming story has wonderful gay representation and great discussions about mental health. I’m not the only one that thinks so, as this book is a Stonewall Honor Book and generated 3 starred reviews from trade reviews like Publishers Weekly and Kirkus Reviews.

Get a Grip, Vivy Cohen! by Sarah Kapit. Vivy Cohen is tired of playing catch, she wants to finally join a real baseball team. While her parents are worried about her being the only girl and the only autistic kid on the team, Vivy is undeterred. This novel also has a unique writing style, as it’s written in email exchanges between Vivy and her hero, Major League pitcher VJ Capello.

Ana on the Edge by A.J. Sass. This novel explores gender identity as Ana figures out how to navigate their nonbinary identity in a binary world. As described by the blurb, “Twelve-year-old Ana-Marie Jin is the reigning US Juvenile figure skating champion, is not a frilly dress kind of kid. So, when Ana learns that next season’s program will be princess themed, doubt forms fast. […] With a major competition approaching, Ana must decide whether telling everyone the truth is worth risking years of hard work and sacrifice”.

King and the Dragonflies by Kacen Callender. I’m a huge fan of Kacen Callender’s novels and this middle grade title is no different. It is definitely an award winner for a reason! In this book, twelve-year-old Kingston James is dealing with the loss of his brother by imagining that his brother Khalid turned into the dragonfly that visits him in his dreams. When his former best friend goes missing, King must confront questions about himself and his brother’s death.

Clean Getaway by Nic Stone. In this middle grade debut, eleven-year-old Scoob and his grandmother take a road trip through the American south. After a fight with his dad, Scoob joins his grandmother in an RV to complete the 1963 road trip that his grandparents could never finish. The book explores America before and after the civil rights movement and uses the road trip as a way for Scoob to learn more about the country’s past.

Stand Up, Yumi Chung by Jessica Kim. Yumi is an aspiring comedian with a notebook full of mortifying moments that she managed to turn to comedy gold. She is currently enrolled in tutoring to qualify for a private school scholarship which will help her family. One day, she coincidentally ends up at a comedy camp taught by one of her favourite YouTube stars except everyone there thinks she’s a girl named Kay Nakamura–and Yumi doesn’t correct them. In this mistaken identity case, Yumi must decide whether to stand up and reveal the truth. 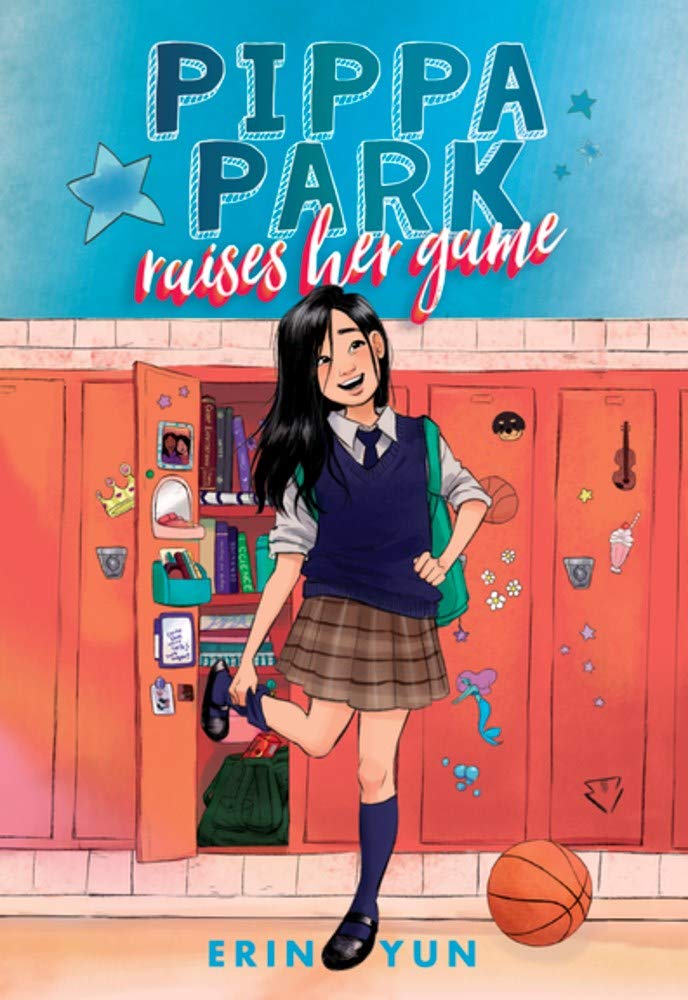 Everyone seems to have an idea about what’s best for Pippa Park or what her life should look like. When she gets a mysterious basketball scholarship to Lakeview Private, she jumps at the chance to reinvent herself.  Unfortunately, when Pippa begins to receive a string of hateful, anonymous messages via social media, her carefully built persona is threatened. This book is about embracing identity and will definitely resonate with today’s kids.

Merci Suárez Changes Gears by Meg Medina. Sixth grade for Merci is off to a rocky start, both at home and at school. At school, a classmate starts to become jealous of Merci. At home, Merci’s grandfather is starting to act strange and starting to forget important things. No one will tell her what’s going on with her grandfather so she is left to worry on her own. This is a touching story about family!

Ivy Aberdeen’s Letter to the World by Ashley Herring Blake. Ivy’s family is displaced after a tornado rips through her house. Ivy herself feels a bit lost as her notebook filled with secret drawings of girls holding hands has gone missing. Ivy’s drawings start to appear in her locker at school with a note telling her to open up about her identity which leads Ivy struggling to figure out whether she should find the strength to follow her true feelings.

Front Desk by Kelly Yang. This book is the first in a wonderful series about an aspiring journalist and her family! Mia lives in a motel where she mans the front desk while her parents clean rooms. Secretly, Mia and her family hide immigrants and give them a place to go. This year will not be an easy one for Mia but she is determined to do her job well, work on her English, and stand up to the mean motel boss.

This list is a bit long but it definitely has so many great books! I’m confident that whether you are looking for books for yourself or for a family member, you can not go wrong with any of these recommendations.

2 thoughts on “Diverse Middle Grade for You and a Family Member!”