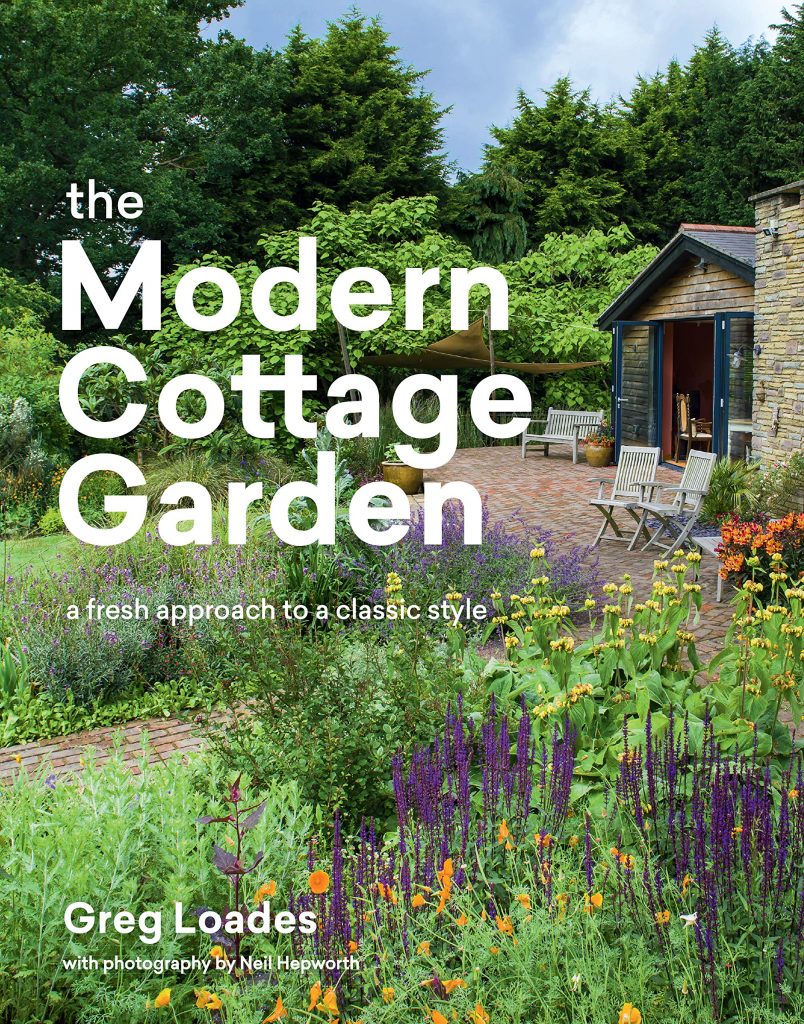 It’s well into December, the air is icy, and the treetops are dusted white. Have you got chestnuts roasting on an open fire yet? This may be the only time of year that actually suits quarantine: cozying up with a good book and a hot cup of cocoa (well, except for all the holiday parties we’re missing out on—but let’s not talk about that). 2020 has been a year of many things, most of them truly awful, but one positive trend that has emerged from the rubble is something called cottagecore. If you’ve ever dreamed of giving it all up and running away to the woods, or of having your own thriving vegetable garden, or of days spent baking bread and tending to plants, then you’ve been dreaming of the cottagecore ideal!

So what exactly is this “cottagecore” all the kids are going on about? The New York Times describes it as “an aspirational form of nostalgia that praises the benefits of living a slow life in which nothing much happens at all.” It’s basically like living inside the Animal Crossing or Stardew Valley games; perfect, fictional worlds in which your only responsibilities are tending to crops, raising animals, making friends, and decorating your house. Your cottage will most likely be in an open field, or in the woods, or perhaps by a small village where you can pop into some locally owned shops. It is, essentially, the antithesis of our hectic, technology-based, urban lives.

Of course, like all things, cottagecore is not even close to being a new concept—what’s old is new, and what’s new is old. The term itself is new, a thoroughly modern invention combining the obvious “cottage” with the suffix “–core”, denoting a genre (derived from “hardcore”, which in the past 30 years has given itself to endless genres: softcore, mumblecore, normcore, the list goes on). But the concept of eschewing modernity and returning to nature is older than dirt. Back in the day, the general term was “the pastoral”, which mostly applied to literature that idolized country life. Romanticism (with a capital R) was a prevailing artistic trend in the 19th century, and was “suffused with reverence for the natural world”. In William Wordsworth’s famous “I Wandered Lonely as a Cloud”, the poet describes the peace he feels when thinking back on a field of daffodils blowing in the breeze. 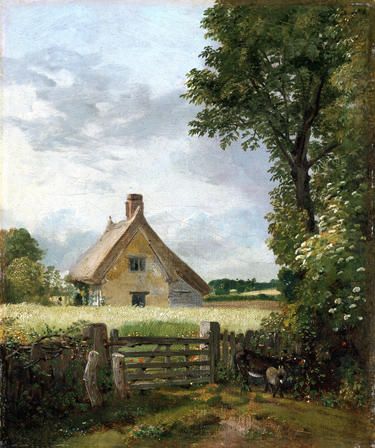 Cottage in a Cornfield by John Constable, 1833

But why were 19th century artists so keen on nature? The Romantic period flourished while the Industrial Revolution in Europe was well underway, ushering in modernity. Union rights campaigned for a stabilized 8-hour workday, the foundation for our current 9:00 – 5:00 (which was an improvement at the time, so bad were working conditions). Skylines were dotted with smokestacks, and steam engines crisscrossed the country. But with all this progress came a stronger and stronger sense of alienation from the surrounding landscapes. Later, Baudelaire would coin the term “flâneur”, referring to a lonely wanderer, strolling the streets of Paris as he observes urban life from a distance. But forget 19th century Europe—this longing for pastoral living goes even further back. Would you believe me if I told you that one of the first examples of Western cottagecore is the ancient Greek Hesiod’s Works and Days? If the ancient Greeks were dreaming of a simpler time, where does that leave us?!

I turned to Anne Helen Petersen’s now seminal essay “How Millennials Became The Burnout Generation” (which she has now developed into a full book called Can’t Even) for clues to the rise of cottagecore in Gen Z circles. Petersen describes the millennial experience as follows: “We’re deeply in debt, working more hours and more jobs for less pay and less security, struggling to achieve the same standards of living as our parents, operating in psychological and physical precariousness, all while being told that if we just work harder, meritocracy will prevail, and we’ll begin thriving.” It seems to be the erosion of what those unions were fighting for 200 years ago! And if it’s bad for millennials, it’s even worse for Gen Z. They’re staring down an uncertain future of dubious job prospects, gig economics, climate change, and now a whole pandemic hitting right at the beginning of some of their adult lives. Is it any wonder that we’re all dreaming of throwing it all away in order to, like the name of one of my favourite shows, escape to the country? 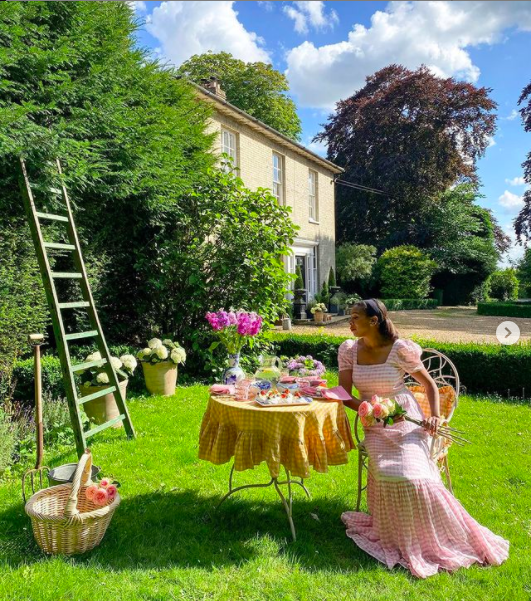 Cottagecore, then, isn’t just a fantasy aesthetic (though it very much is that), it’s a rebellion against the forces keeping our hectic modern lives chugging. In times of upheaval, we often look backwards for guidance, towards a “simpler” past. Some folks have reverted to the “tradwife” model—namely, a return to staunch gender roles—which on the surface doesn’t seem too far removed from cottagecore. But the focus on “traditional” values tends to mean two things: white, and heterosexual. Where cottagecore branches off is its inclusivity; it’s a safe haven for everyone. Plenty of Black women are finding joy in the aesthetic, which pushes against the usual expressions of womanhood allowed to them: “[Cottagecore] presents a space for Black women to defy what we are told Black womanhood looks like and explore a side of ourselves which is rarely portrayed in the media and is often associated with Whiteness.” Similarly, queer youth and adults are using the aesthetic to explore environments that, in the real world, are mostly hostile to them. In an interview with i-D, 27 year old Reid explains that “cottagecore is an ideal where I can be visibly queer in rural spaces”. Yes, cottagecore is an escapist aesthetic, but it’s one that imagines a more peaceful, optimistic, and welcoming version of our hellish reality, one without misogyny, racism, homophobia, or impending climate catastrophes. One where everyone has equal access to a beautiful life, where we can all simply grow our tomato plants and just be.

We are all, in essence, tired. If you’re feeling the burnout this winter and want to dig into that cozy cottagey aesthetic, check out some links below. In the meantime, you can catch me playing Stardew Valley, lighting candles, and making copious amounts of tea.