Lonnie from the Library is a Youth Services Librarian at Vellore Village. Pokemon Professor Lonnie (he had to pass a test for that title) is passionate about Children's Literature, Video Games, and of course, Pokemon. You can follow Lonnie from the Library's reviews, recommendations and tailored list here. View all posts by Lonnie Freedman → 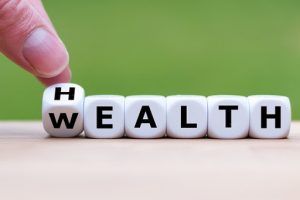 We have all Googled “Covid-19” to find the latest results of what is happening in our neighbourhood and around the world. Rather than reading a fiction dystopia or a non-fiction war piece, we are reading about the daily war against this pandemic. The onslaught of information–“information overload,” as we information professional call it–makes it especially difficult to parse fact from fiction as new revelations comes to light (often information that contradicts past wisdom). The sheer abundance and efficacy of information are always tenuous factors when searching for health information, and this is especially true as events remain dizzyingly fluid. Even during a pandemic, however, people still get sick (non-Covid-19 related) and continue to cope with chronic diseases. Maladies of all sorts have dissipated from our collective consciousness (Covid-19 is taking up all of our bandwidth, understandably), but you might have found yourself at a lost finding reliable health information among the dislocating rabble. This post will briefly outline 3 free online health resources that you can turn to for updated and reliable health information.

END_OF_DOCUMENT_TOKEN_TO_BE_REPLACED 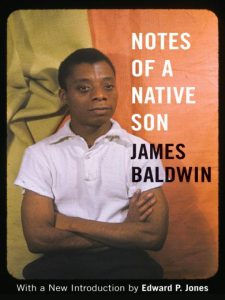 The police protests in America—and all around the world—have been greatly inspiring. Black Lives Matter has saliently captured the far-too-long cultural amnesia of peoples all throughout the empires of the world and their legacy of anti-Black supremacy. What happened to George Floyd was a public lynching, carried out by the state funded wing of the justice system, which is deeply rooted in the American empire’s long legacy of racism. Protesters’ response for defunding—or even abolition— of the police has become a legitimate countervailing force among those wrestling with our current era of New Jim Crow racism that sees profit from the prison industrial complex. In the streets, there continues to be a very clear delineation of the abuses of police power terrorizing Black people. These past couple of weeks, on an unprecedented scale, illuminates our understanding of what is being done in our name as citizens—via our taxes and political apparatuses—to Black bodies and to protestors of all colours, classes, and creeds. When the masses of the world are locked up, lose their job, and have time to think, irruptions occurs on the street. This post’s aim is to try to help delineate some voices for study to help you, in whatever capacity you are able, to continue to use education as the practice towards freedom. 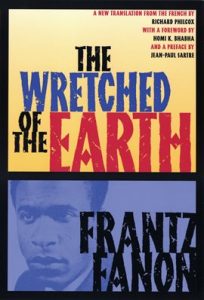 The colonization process of the Americas was the first deadly sin of white supremacy. Indigenous cultures, however, continue to bravely endure and fight back against the attempted eradication project that continues to morph as capital’s profit ventures outward. African peoples were stolen and commodified in this process of colonization: Black bodies built North American industry all while the colonization process expanded as imperialism and today has metastasized as neoliberal policies. In the citizenry, too, there was a process of colonization of our minds in that this stealing of cultures, lands, and peoples (blunted lives and potential lives) became an accepted cultural narrative that few questioned inside the mainstream. However, there are documents throughout history that we can engage with to help break this spell. By reading Slave Narratives, Jim Crow rebuts, and Black freedom struggles, we aren’t in the habit of mass (re)producing the traumas and cultural narratives of the suffering African Diaspora; instead, we are engaging with the continuing process of decolonization by bearing witness and carrying on the Black Radical Tradition to greater discursive outreaches, each generation for the last, by listening to the ancestors who have been through the beautiful struggle for they can lend us their courage to fight another day. Here I’ll highlight some voices that the library has that speak to the legacy of the Black Lives Matter movement which will help us fortify ourselves for the long road ahead that has been marched on for over 400 years. This list inevitably fails at capturing the diverse and multimodal movements of the Black Radical Tradition, but I will be concise in order to engage with those who want to join in the practice of praxis.

END_OF_DOCUMENT_TOKEN_TO_BE_REPLACED 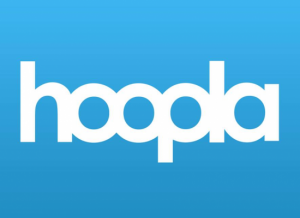 Quarantine life has posed many alternatives for us to consider–from how we work, to how we cope with stress–and this is especially true with reading habits. I have been reading a lot more, often for hours at night to decompress. Some days, though, I am not in the mood for heavy reading, but want to enjoy some literary entertainment with the fast accessibility of a movie or TV show. Graphic Novels have always filled in this gap for me insofar as they occupy the disparate space between abstract language and strict visual signfier; graphic novels fuse the signifier and signified seamlessly for an engaging literary experience that has the depth of a novel with the visual cues of the best visual mediums. Below is nine recommended graphic novels that I’ve read separated according to general age range. I encourage teens and adults to read “down” from their age group as these picks transcend their audiences’ age range.