Information Assistant at CCRL. I enjoy trying different things. I'm curious about my surroundings and I'm a tree hugger. View all posts by Lily →

The Light Between Oceans is a captivating historical fiction set in Australia during the first half of 1900. This book traces the life of a solitary lighthouse keeper Tom and his wif

e Isabel and the consequences that follows with one life changing decision they made. I was engrossed by this story because once I got into each character’s head, I want to know what they will do next. It was also devastating seeing good people making bad decisions and I cannot do anything about it. It is a book that makes you wonder: what would I do in this situation and what would happen if the characters made different decisions. It was a journey to come to term with loss and grief, and to see that sometimes there’s no right answer. With romance, mystery, and moral debate all in one,this book would also be a good book club read. 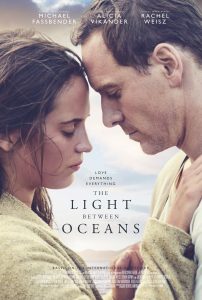 The Light Between Oceans was also made into a film two years ago with Michael Fassbender and Alicia Vikandar. I watched the movie after reading the book. Like many books turned into movies, important details were left out but it still made me tear up. However, for someone who is unfamiliar with the plot, the narrative might seems disconnect. On the other hand, the cinematography of this film was beautiful and it captures the breathtaking landscape of Australia and New Zealand.

The Narrow Road to the Deep North

All the Light We Cannot See

In the Shadow of the Banyan 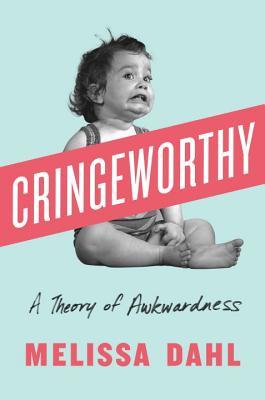 Facebook? Have you been on a date filled with unbearable silence? Did you ever go blank in the middle of a presentation with the audience staring at you? Being human is all about being awkward, and that’s ok.

Melissa Dahl takes on this underappreciated emotion and searched for the meaning behind it and how to come to term with it. Through a series of personal experience and professional research, Dahl came to the conclusion that awkward moments are universal; they can be opportunities for us to have better self-awareness and accept who you are. There are some really interesting psychology experiments as well as the author’s experience with improve class and Mortified show that made me to look at cringe-worthy moments differently.

This book is humorous, informative and a light read. Highly recommended–you will have new appreciation towards awkwardness.

Awkward: The Science of Why We’re Socially Awkward and Why That’s Awesome

You Are Not So Smart: Why You Have Too Many Friends on Facebook, Why your Memory Is Mostly Fiction, and 46 Other Ways You’re Deluding Yourself

Stuff: Compulsive Hoarding and the Meaning of Things

When Likes Aren’t Enough: A Crash Course in the Science of Happiness

The Little Book of Emotional Intelligence: How to Flourish in a Crazy World

“Unable to perceive the shape of You,

I find You all around me.

Your presence fills my eyes with Your love,

It humbles my heart,

For You are everywhere”

The Oscar winner for best picture, Monster storyteller Guillermo del Toro’s latest movie The Shape of Water (see trailer) is an otherworldly tale about the unlikely bond between Elisa (Sally Hawkins) and an Amphibian Man (Doug Jones) who is captured in a high security lab during the Cold War era.

I was not too familiar with del Toro and his work–I did not even know who he was when I caught a glimpse of him in person shooting this movie in Hamilton. But this beautiful, imaginative, and playful story really captured me. The color of this movie is mostly blue-greenish, and there are many elements of water throughout. This visual arrangement echoes with the theme of the movie very well, and I can almost smell the seaweed and feel the damp air. I saw the movie twice in theater and enjoyed it both times. I noticed many pleasant details the second time, which added more depth to the story and the experience. Another highlight, in my opinion, is the amazing performance the actors carried out, especially Sally Hawkins as a mute woman. There are not a lot of characters in this movie but each of them are well developed and has distinct qualities which makes this more even more efficient in storytelling. There were many little moments that made me feel deeply connected with the characters.

The concept of this movie might seem odd in some ways, but ultimately, it is a universal story about loneliness, friendship, heartbreaks and love. There is also a novel by del Toro of the same title, released earlier this month.  In the book, the characters are developed further for those who would like to delve more deeply into the story.