How to be comfortable with being uncomfortable : 43 weird & wonderful ways to build a strong resilient mindset / Aldridge, Ben. 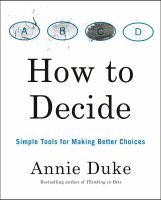 Life is in the transitions : mastering change at any age / Feiler, Bruce

Bruce Feiler has long been thinking and writing about the stories that give our lives meaning. Several years ago he began to notice a new pattern: the old stories about the major plot points of our lives were no longer holding true. Increasingly, he observed, the stories we all inherit to explain how our lives should unfold were clashing with reality and creating more anxiety than guidance. People felt they were living their lives out of the expected order and were beset by transitions at a faster and faster pace. Galvanized by a family crisis that spoke quite poignantly to this loss of meaning, Feiler set out on what became a journey to harvest American life stories and see what he could learn from them. What began organically, radiating out from family and friends, became more ambitious and rigorous, until he gathered 225 extended life stories from all 50 states in what he called The Life Story Project. As Bruce sifted through and coded the themes of his interviews, powerful and pressing patterns emerged. We are living our lives out of order. We do think of our lives as having a shape. The old linear model of life has been replaced by what he calls the nonlinear life which involves being bombarded by more life transitions.

Meant for more : the proven formula to turn your knowledge into profits / Sasevich, Lisa

Nerve : a personal journey through the science of fear / Holland, Eva

The author explores the concepts of fear and phobias and shares her own experiences of confronting her own fears including skydiving.

Relax, dammit! : a user's guide to the age of anxiety / Caulfield, Timothy A.

Subtle acts of exclusion : how to understand, identify, and stop microaggressions / Jana, Tiffany

"This practical, accessible, nonjudgmental handbook is the first to help individuals and organizations recognize and prevent microaggressions, so that all employees can feel the sense of belonging in the workplace that they deserve"--Provided by publisher.